A Nevada Black man was wrongfully arrested for the felony crimes of a white man after police failed to notice distinguishing factors.

Newly-released footage of a mistaken identity arrest shows a young Black man repeatedly informing police they had the wrong suspect before he was jailed for felony crimes committed by an older white man of the same name.

The 8 News Now I-Team this week obtained and released the first footage of the wrongful arrest of Shane Lee Brown, now 25, who was behind bars for six days in two different Nevada jail facilities following deputies’ oversights.

While conducting a Jan. 8, 2020 traffic stop on Brown, who is Black, Henderson police officers searched his first and last name in a records log and found a “Shane Brown” who had skipped court and had a warrant out for his arrest due to the prohibited possession of a firearm.

However, this warrant, which called for a no-bail arrest, was for Shane Neal Brown, now 51, described in court records as a bearded white man.

In footage of the late-afternoon traffic stop, deputies are heard explaining to the younger Brown that they pulled him over due to busted headlights.

When asked to show identification, Brown explained that his license was suspended due to a traffic violation, but provided deputies his first, middle and last name, as well as his Social Security card.

Police ordered Brown to exit his car and handcuffed him while searching records, returning minutes later to tell the young man: “You got arrested for something with a weapon.” 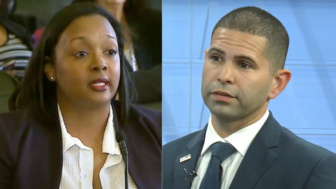 “No wrong guy,” Brown responded with confusion, later adding: “I’ve been arrested, but everything I’ve been arrested for is traffic violations,” continuing that he had a court date scheduled for the following day to address the issues.

“It comes back totally matching you. Not much else we can do,” an officer can be heard telling Brown.

Brown during the conversation repeated his name to officers. “My Social’s in there too if you want to check that out,” Brown later said.

In the footage, the officers are heard going back and forth, seemingly not 100% sure about whether the warrant belonged to the younger Brown.

“As long as that warrant isn’t me, am I good to go? That felony warrant?” Brown asked the officers.

Brown was unable to persuade officers that he wasn’t the suspect, and was taken to the Henderson Detention Center for two days. He was later transported to a detention center in Clark County ahead of a court appearance.

Four days into his stint in Clark County, the younger Brown’s release was ordered by Judge Joe Hardy after a public defender pointed out that the Shane Brown in custody did not have the same ID number or age as the one listed in the warrant.

According to 8 News Now, while the younger Brown was behind bars, deputies with the Las Vegas Metro Police Department submitted information indicating that the older Brown was actually who had been detained. 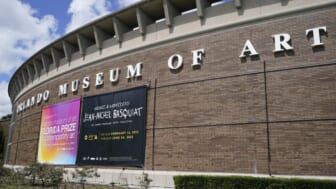 The wrongfully detained Brown is seeking legal recourse of at least $50,000 in damages, alleging civil rights violations, false imprisonment, negligence and more against deputies at both departments, outlet reported.

“At CCDC, Shane Lee Brown once again explained to numerous unknown LVMPD officers and supervisors that he was not the ‘Shane Brown’ named on the felony bench warrant,” reads the lawsuit. “Despite being informed of this mistaken identity, none of the unknown LVMPD police or LVMPD corrections officers bothered to review its own records to determine whether Shane Lee Brown was the subject of the warrant.”