REVIEW: A documentary about Roy Hargrove, shown at Tribeca Film Festival, celebrates the late trumpeter but leaves holes in his important story.

When Grammy-winning keyboardist/composer Robert Glasper first saw Roy Hargrove perform, he had a firm idea of what jazz musicians looked like and how they played. When high schooler Glasper saw Hargrove with his band, the trumpeter was wearing Timberland boots and overalls. He was stunned and excited!

“I always call him the Allen Iverson of jazz,” Glasper said. And that’s who Hargrove was; a singular horn player who played with his own sense of style. This is beautifully portrayed in a documentary on his life, “Hargrove,” which debuted at this month’s 2022 Tribeca Film Festival. 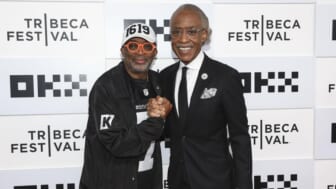 Also Read:
Al Sharpton takes a bow, with Spike, to close out Tribeca 

With the angelic scenery of Italy as the backdrop, the film, directed by Eliane Henri, starts with Hargrove at the tail end of a European tour. You can see that he is drained and worn down before he opens his mouth to confirm it. Unbeknownst to them both, Hargrove would die merely months into filming at age 49.

What’s interesting about filming Hargrove moving about Italy, for instance, rather than filming him in the United States is that it wasn’t necessarily a coincidence or an act of scheduling convenience. As rapper and collaborator Yasiin Bey — formerly known as Mos Def — stated in the film, the appreciation for Black music overseas is far more potent.

“America’s a very diverse place, but something is going on that doesn’t make art a priority, and I don’t know why that is,” Bey said. “They have a more receptive audience in Europe. I think in America, it’s more about how successful or how popular you are, or how much traction you have in a given moment.”

Throughout the film, the viewer is educated about Hargrove’s importance to Black music yesterday and today. On top of his signature playing style, his wardrobe choices — inspired by jazz drummer Idris Muhammad — helped bring young Black musicians and consumers to jazz who otherwise would not have embraced it as much.

However, the viewing experience of “Hargrove” isn’t an easy one. 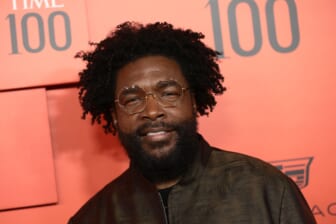 To watch “Hargrove” — such a vibrant, essential piece in Black music at the turn of the 21st century — struggle to walk long distances, looking somewhat frail and short of breath at times, is challenging to get through. That discomfort is only exacerbated by footage of a young Hargrove and testimony from his peers throughout the film.

Many of Hargrove’s former bandmates speak candidly about his upbringing and artistry. Saxophonist Ralph Moore mentioned how Hargrove, a product of Dallas, was able to take the tradition of jazz greats like Miles Davis and execute it through the lens of his contemporary influences during the 1980s and 1990s. “Sometimes, he was a throwback and a throw-forward at the same time,” Moore said.

Drummer Willie Jones III expressed this sentiment more forcefully. “He was not afraid to play jazz or what they call jazz,” Jones said. “But he played it like someone who’s coming from today, someone who’s a product of the hip hop generation, R&B generation of the ‘90s.”

On top of Hargrove’s own progressive solo work, his collaboration with members of the hip-hop community like D’Angelo, The Roots, Bey, Talib Kweli, and former high school classmate, Erykah Badu, helped him transcend to another level. His mastery of playing on D’Angelo’s Voodoo, for instance, gave him an outlet as an arranger and writer that proved to be a difference-maker for such records.

Marsalis, who admitted his aversion to hip-hop and rap in the film, disclosed that he and Hargrove had in-depth conversations about the choices Hargrove was making. Marsalis said Hargrove told him, “I like playing for Black people. People are not coming to this form of music. I can’t just be isolated like that.”

In “Hargrove,” alongside the reminisces of the man’s genius is a polarizing, cringey sub-narrative: the influence of his manager, Larry “Bagman” Clothier. Everyone asked to speak about Clothier had little, if anything, positive to say. Nearly every one of Hargrove’s ex-sidemen — Jones, Moore, Marc Cary, Gerald Cannon and Frank Lacy — alluded to Clothier firing them or quitting because of him. “Nobody left Roy’s band because of Roy,” Cannon said.

With Hargrove dying during filming, Henri asked Lacy why he felt that Hargrove was not rich when he died. Lacy did not mince his words when it came to blaming Clothier.  “The lack of creativity of management. In fact, ma’am, you can put all that sh-t in your movie. I don’t give a f–k,” Lacy said with anger. “N—-s do more than pick cotton. Why does all us artists get worked to death?”

The film features an uncomfortable conversation between Clothier and Hargrove. Henri and her crew were not permitted to film any of Hargrove’s European performances during the tour, triggering a heated exchange full of expletives and name-calling between the two men.

Interestingly enough, however, the only person who had nice things to say about Clothier was Hargrove himself. Calling him a father figure and an honest person, he had total faith in Clothier. “He might be an a–hole, but he’s a straight motherf—er,” Hargrove said of Clothier.

The fact that all of Hargrove’s music is controlled by Clothier after his death and his unwillingness to loan any of Hargrove’s original compositions to the film is telling.

When it’s all said and done, what “Hargrove” does well as a film is give an innovator his flowers. But one can’t help but walk away with an incomplete feeling.

Hargrove’s music is what made him influential, and the fact that it is not heard in the film — save for covers and real-time clips from secondary sources — will leave viewers with a hollow feeling.