Willie Jerome Manning remains in the Mississippi State Penitentiary at Parchman, convicted in 1994 on two counts of capital murder.

JACKSON, Miss. (AP) — A Mississippi Supreme Court has ruled that a death row inmate will not be allowed to seek additional DNA testing on crime scene evidence from the shooting deaths of two college students nearly 30 years ago.

Willie Jerome Manning, now 54, remains in the Mississippi State Penitentiary at Parchman. He was convicted in 1994 on two counts of capital murder in the December 1992 killings of Mississippi State University students Jon Steckler and Tiffany Miller in Oktibbeha County.

In 2013, shortly before Manning was scheduled to be executed, the U.S. Justice Department said there had been errors in FBI agents’ testimony about ballistics tests and hair analysis in the case. Manning’s attorneys asked the Mississippi Supreme Court to stop the lethal injection, and justices voted 8-1 to delay the execution to allow the testing of evidence.

Manning’s attorneys said they hoped DNA testing would exonerate their client, who has maintained his innocence. In 2014, they sent a rape kit, fingernail scrapings and other items to a laboratory. One of the attorneys, Rob Mink of Jackson, said the objective of the testing was to answer whether any DNA was attributable to Manning. 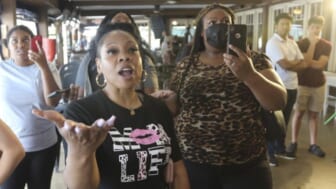 Manning’s attorneys asked an Oktibbeha County circuit judge for permission to send items to a more specialized lab. The judge denied that request, and a majority of justices on Thursday agreed with the judge’s ruling.

“If additional testing had been granted and another individual’s DNA profile was discovered from the crime scene evidence, no proof has been shown that it would change the outcome of Manning’s case,” Justice Robert Chamberlin wrote for the majority.

Mink told The Associated Press on Friday that he is disappointed in the ruling. 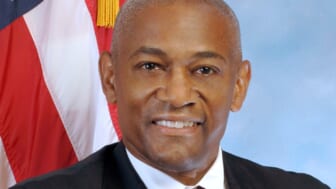 “We’re considering right now what options he has for additional relief,” Mink said.

The ruling noted that during the trial, Manning’s cousin testified that Manning confessed to shooting the two students. The bodies of Steckler and Miller were found in rural Oktibbeha County, and Miller’s car was missing. The car was found the next morning. Prosecutors said Manning was arrested after he tried to sell items belonging to the victims.

Justices Leslie King and Jim Kitchens dissented from the majority ruling Thursday. King wrote that any potential harm in waiting for additional DNA testing at a specialized lab “is surely minimal considering that Manning has been sentenced to death.” 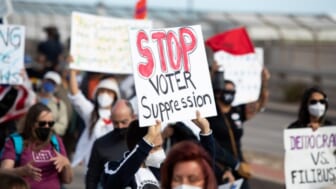 Also Read:
NAACP and Vote.org team up to assist voters

Manning is Black, and Steckler and Miller were white. During Manning’s trial, an FBI agent testified that some hair found at the crime scene was “from an individual of the Black race,” but that did not mean the hair came from Manning. In closing arguments, a prosecutor mentioned the hair fragments “as a way to implicate Manning because he was a member of the African-American race,” wrote King, the only Black justice currently on the Mississippi Supreme Court.

A 2013 letter from the FBI said the agent’s testimony in 1994 included information about DNA testing of hair that contradicted what was known about such testing nine years later, Mink said.