"It's a good idea to keep in the minds of folks the way things used to be and the way they are now," said retired First Sgt. William McDowell.

Major renovation to restore and rebuild several key buildings once used by America’s first Black Marines at a racially segregated base known as Montford Point in North Carolina is almost finished.

A recent report from Georgia Public Broadcasting recounts the tale of about 20,000 Black men who trained on the base during the 1940s. The space is now part of the main Marine Corps infantry base for the East Coast, Camp Lejeune, dubbed Camp Johnson to honor famous Black drill instructor Sgt. Maj. Gilbert “Hashmark” Johnson, one of those pioneering Montford Point Marines.

In late April, 300 or so of the surviving Marines who once served at Montford Point came back to the base to be honored in a new museum that was once a segregated mess hall.

“There was a time when the Marine Corps would have rather the fact that it was racially segregated was forgotten about,” McDowell contended. 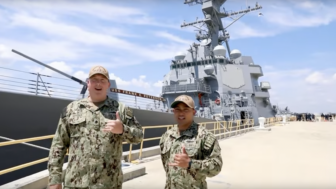 Also Read:
A destroyer named for the Marine Corps’ first Black aviator is commissioned, and almost 2000 people came to watch

While many of the old buildings were destroyed after Hurricane Florence in 2018, many of the new structures will be built to withstand climate change events.

“We look at climate change as a readiness issue,” says Navy Commander Ross Campbell, Camp Lejeune’s public works officer. “We’ve got to look at sea-level rise and make sure that structures that we have at the water’s edge are ready to respond to climate change events.”

Five key buildings — including the museum, a headquarters and a gym — will all be restored. A chapel will be rebuilt, as it was determined to be too damaged to salvage. 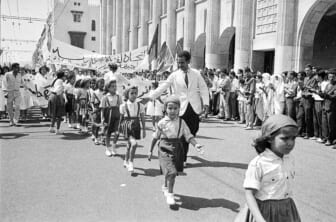 “The ability to renovate these buildings was taken holistically, not only as an opportunity to bring it up to the current mission set, but also to look at resiliency from the complete spectrum,” Campbell maintained. “Not only storm, climate change, but energy efficiency and building efficiency, and building health as far as indoor air quality.”

The Black Marines’ treatment at Montford Point was among the worst on the base.

“We were dogged. As if we weren’t human,” 97-year-old Carroll Braxton told GPB. 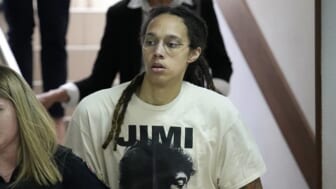 Still, many of them remained and served in the Marine Corps for decades.

“It helped me in many, many ways,” said McDowell. “It gave me the ambition to go to school and get a degree … the combination of that, plus, the schooling, I found out that I wasn’t afraid to make decisions.”

Now 94 years old, he worries that as his former brothers-in-arms leave the earthly plane, history won’t remember their contributions.

“As time goes by, I think this whole business of Montford Point becomes fuzzy,” admits McDowell “You know, that whole business will sort of fade into oblivion.”

The buildings restored in their honor will still remain, keeping their memory alive.