The three-time Olympic gold medalist suffered a slew of health issues in her early 20s that nearly crushed her athletic career.

Olympic track star Gail Devers is speaking out about her longtime battle with Graves’ disease and thyroid eye disease.

The 55-year-old, three-time Olympic Gold medalist suffered a slew of health issues in her early 20s that nearly crushed her athletic career.

“My hands were constantly shaking, I had extreme fatigue and my eyes started bothering me. I lost so much weight that I looked emaciated, and I had sores on my face and my skin was peeling off,” she tells People.

“I looked like a monster … I couldn’t stand the way I looked,” Devers previously told CNN Sports about the symptoms that plagued her during her collegiate running career at UCLA. 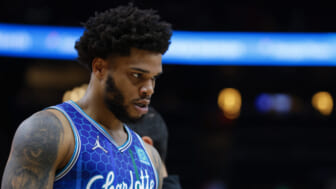 Also Read:
When it comes to domestic violence, sports leagues need to do more

“I actually covered up my mirrors and stopped looking at myself. I stopped going out because when I went out, people would ask, ‘Hey, what’s wrong with you?’ and I had no answers,” she added.

Her condition caused her to go through a period of depression. Speaking to People, Devers recalled the day she was sitting in a park and a child told his mother that Devers “looks like a monster.”

“I went in my house. I looked at myself in the mirror, at the skeleton of the person that was looking back at me. And I covered my mirrors with black sheets,” Devers recalled.

Despite her symptoms and health complications, she was determined to make history at the Olympics. She bagged her first gold medal at the 1988 Olympics in Seoul. But her performance suffered as her body shut down during the hurdling and sprinting events.

“Something was definitely wrong,” she shared with People. “I got there, and the bottom fell out — I ran slower than the first time I’d ever stepped on the track.”

Several years would pass before Devers finally learned in 1990 that she had Graves’ disease, an autoimmune disorder that causes an overactive thyroid gland. Her treatment involved destroying the portion of the thyroid that produces hormones via radioactive iodine, per the report.

At the games, she said, “I still had the bulging eyes, the redness, the tearing. I was running the hurdles, but it was like I was looking through film — it was blurry.”

Devers said she “assumed my symptoms were caused by my Graves’.” Another 30 years would pass before she was diagnosed with thyroid eye disease (TED), which is related to Graves’ but requires a separate treatment, the CNN report noted. 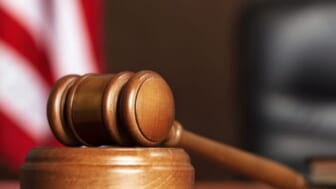 “I’m a sprinter. I’m supposed to get to the finish line first, and now it has taken me 30 years after learning I have Graves’ disease to know I have TED,” said Devers, who lives in Atlanta with her husband and their two teenage daughters.

“If you have Graves’ disease, start paying attention to your eyes,” she added. “Don’t assume like I did that it’s just a part of your Graves’ disease and you have to deal with it. You don’t.”

“I don’t want anyone to have to go through what I went through,” Devers said. “I’ve got a baton full of knowledge and want to pass it on to help people advocate for their health.”