Clips from the latest episode have raised questions surrounding cast members, how they treated Beauvais' Black son vs. their own and how far these shows should go.

A clip ahead of Wednesday’s episode of “The Real Housewives of Beverly Hills” has the internet calling out two of the show’s biggest stars, Erika Jayne and Kyle Richards. After Jayne cursed at Garcelle Beauvais’ son Jax on camera, many are questioning the women on the show and also how Beauvais’ Black son was treated vs. how the white children on the series were treated. 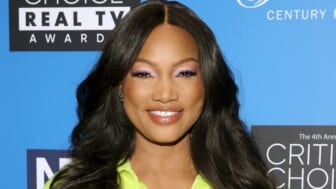 It wouldn’t be “The Real Housewives of Beverly Hills” if there wasn’t drama, but the latest episode has some fans saying the show may have gone too far this time. At Beauvais’ birthday party on the series, the cast danced and celebrated the actress. While the party seemed to be a good time (outside of a few fights between the ladies), things took a turn while they cleaned up at the end of the night.

As Beauvais’ son Jax, 14, went to pick up a flower arrangement for his mom, Erika Jayne told him, “Wait, what are you doing here? Get the f— out of here.” She continued, “Get the f— out of here before you get in trouble.” Fellow housewife Crystal Kung Minkoff immediately removed Jax from the situation, saying, “Don’t listen to these ladies.” When Jax returned to his mom, he told her, “I just got violated for grabbing flowers,” which prompted Beauvais to go in and confront Jayne. But the drama did not stop there.

In another clip from the episode, Kyle Richards, “OG” of the series, and Dorit Kemsley seemed to laugh off the situation when discussing it with their husbands. Richards asked them, “Wait, did you guys miss when Erika said to Garcelle’s son, the 14-year-old, to go ‘f— off’? I mean, it’s not funny, but it is funny.”

In her confessionals, Richards seemed to defend Jayne by saying that she is “finally opening up” after years of being closed off. This didn’t fly with many fans though, who immediately called out Richards and Jayne for the behavior, and the perceived double standards within the group. 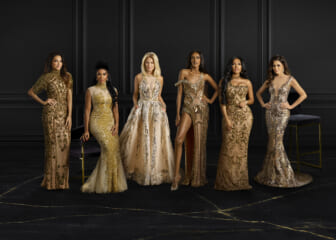 Also Read:
The Real Housewives of Dubai: 5 takeaways from the premiere

Fans took to social media with their thoughts after Bravo posted the clips, with many calling out the fact that cast members seemed to treat Beauvais’ son Jax, who is Black, as an adult, compared to how they treat their own white children. One user wrote, “It’s the laughing and the jokes for me. This is a 14 year old child. It’s showing adolescents of colors can be treated and talked about as adults. Shame on these fools. #RHOBHMeanGirls.”

It also is shining a light for many fans on how Beauvais, the only Black cast member, has to act compared to her co-stars. Another user wrote, “but if garcelle shouted at one of their kids, she’d be labelled as an angry black woman but it’s funny when Erika does it #RHOBH.”

Beauvais and Kung Minkoff, the only two cast members of color on the show, have been very vocal about their experiences not only on the show but with social media and their often racist encounters with fans. While Beauvais has not commented much on the situation, she did take to Twitter and reveal that she did not see Richards’ reaction to the situation until the clip was released, and also shared an appreciation post for her three sons.