"My constituents fricking love that I'm a real person," Mack maintained to viewers on TikTok, "and fun and not a robot."

Tiara Mack, a Black state senator from Rhode Island, is defending a TikTok video gone viral that captures her twerking beachside in a bikini.

The Fourth of July-taped clip of the first-term progressive Democrat seeking re-election has been viewed thousands of times and has been notably criticized on social media. Her short dance video features her saying to the camera, “Vote Senator Mack,” at the end.

Mack told NBC 10 News Tuesday she was disappointed it was deemed newsworthy, adding that the media is relying on racist and sexist imagery while her accomplishments in the state senate and as a championship rugby player have not been covered.

Not appearing on-camera for that conversation, Mack instead released other TikTok videos addressing the issue, saying in one: “My constituents fricking love that I’m a real person and fun and not a robot.”

“I’m trying to determine which point of envy these people are mad at,” she contended in another. “Is the Ivy League degree? Is it the sitting state senator? Is it the bodacious body? Because the hate is real and abundant.”

She also answered her own queries.

“As a Black, queer woman you all should know the answer. It’s no,” she tweeted. “Let’s them carry on their narrative. Me? I’m going to be joyful, free, and unbothered.“ 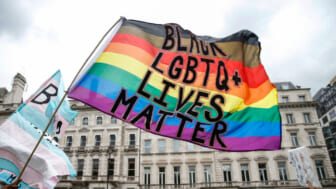 Former state Rep. Joe Almeida, Mack’s Democratic opponent, told NBC 10 News Mack’s video is not only disrespectful to the Senate, but the father of daughters found it “an insult to all women.”

Adriana Bonilla, their Republican challenger, said that she has respect for all people, but said she was she was “left without words” after watching Mack’s clip. 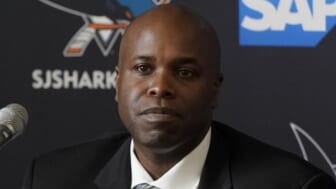 Mack’s video has garnered a variety of expressive social media responses, where one commenter wrote on Twitter, ”Tiara Mack beat a 25-year incumbent and won with 60 percent of the vote. She might know a lil something. Twerk on.”

Democratic Rhode Island Governor Dan McKee told reporters this week he had not seen it and added, “What was the term you used? Twerking? I don’t even know what that means.”