Warming waters forced tuna species to alter their migration patterns, making it harder for local fishers to catch them.

VANGA, Kenya (AP) — “Tuna is not for everyone,” lamented 65-year-old Chapoka Miongo, a handline fisher on Kenya’s south coast, from his dugout canoe.

He’s one of many artisanal fishers in Shimoni, a bustling coastal town 82 kilometers (51 miles) south of Mombasa, dotted with dhows, dugout boats, outrigger canoes and skiffs anchored on the beach landing site. Scores of fishmongers, processors and traders line the shoreline awaiting the fisherfolk to return.

“My canoe is only suitable for the near shore and only those with the big boats and money can access tuna,” he said. Miongo explained that warming waters due to climate change forced tuna species to alter their migration patterns, making it harder for local fishers to catch them. Fish stocks have also decreased due to a lack of sustainable fishing by larger vessels.

The Shimoni channel, previously a well-known haunt for tuna, benefits from the north and south easterly monsoons which can lead to substantial catches, according to records kept by the Kenya Fisheries Service.

But the current monsoon has been unkind to Miongo. He can barely fill his bucket: his modest catch of the day includes a motley batch of emperor fish.

Yellowfin tuna in particular, which fetches competitive prices at the market, can feel like a “lucky break” for fisherfolk, explained 60-year-old prawn fisher Mazera Mgala.

After a seemingly futile five-day hunt, scouting fish landing sites in Gazi Bay, the Shimoni channel and Vanga seafront for the yellowfin tuna, one weighing six and a half kilograms was finally caught by an outrigger canoe fisherman at the Shimoni channel. 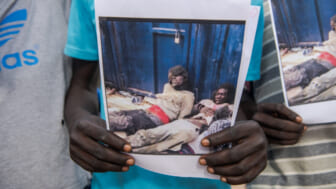 Miongo and Mgala are among just over 1,500 fisherfolk who rely on the rich marine waters of the channel. In Miongo’s three decades of fishing, he says large foreign ships, more young men opting for artisanal fishing due to a lack of white-collar jobs and higher education opportunities, and a changing climate are depleting livelihoods.

Vanga fisherman Kassim Abdalla Zingizi added that most artisanal fisherfolk lack the skills, knowledge and financial support to compete with larger foreign vessels, mostly from Europe and Asia, which deploy satellite tracking technologies to trace the various tuna shoals all over the Indian Ocean.

The Kenyan government is implementing an economic strategy that will address the effects of climate change on the livelihoods of those on the coast, as well as boost skills among artisanal fisherfolk and promote more sustainable fishing practices, said Dennis Oigara from the Kenya Fisheries Service.

Subsidies for large fisheries — which have long been blamed for destructive fishing practices — have featured prominently at World Trade Organization talks for over a decade with no resolution. Earlier this year the Indian Ocean Tuna Commission, who is responsible for the region’s tuna regulations, was criticized for not implementing measures to protect several tuna species from overfishing at its annual meeting.

After catch limits for two tuna species were exceeded between 2018 and 2020, conservation groups lambasted the tuna commission for what they called a “decade of failure” which left tuna stocks “increasingly in peril.” The World Wildlife Fund for Nature called for a global boycott of yellowfin tuna.

The Maldivian government, which unsuccessfully proposed that members of the tuna commission reduce their catch by 22% from 2020, said it was “extremely disappointed” by the meeting’s outcome. 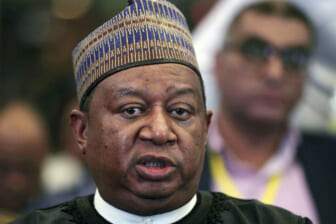 Christopher O’Brien, the commission’s executive secretary, said the number of active fishing vessels in the Indian Ocean are decreasing.

“There are currently over 6100 vessels licensed to fish for Indian Ocean tuna species. In 2020 there were just over 3300 active vessels,” he explained. Miongo’s and Abdalla’s dugout and outrigger canoes are not among these 6100 vessels registered by the tuna commission, which is dominated by industrial fishing fleets.

The fisheries commission also agreed to set up two special sessions in the near future to iron out concerns over yellowfin tuna stocks, with the first slated for early 2023.

But the commission also passed a landmark resolution to study the effects of climate change on tuna fish stocks in the region, hailed as one of the conference’s successes. The study aims to understand the complex relationship between climate change, tuna fisheries and tuna stocks with a view of informing future adaptation and mitigation measures. It’s the second regional fisheries management organization to implement a resolution on climate change.

“We are hopeful that the adoption of this proposal will guide us to achieve the long-term sustainability of the stocks of tuna and tuna-like species,” said Adam Ziyad, the director general of the Maldives ministry of fisheries, marine resources and agriculture.

The Intergovernmental Panel on Climate Change says climate variability has led to reduced marine stocks, fish shifting from lower to higher latitude regions, coral bleaching and increased risk of conflict over scarce resources. These changes are already being felt by local fishing communities.

“Back in the day I would start fishing in the early morning and three to four hours later I would be through as I had caught enough fish,” said Mazera Mgala, who started fishing in 1975 and would dive in the ocean in his youth among vibrant corals and abundant fish. “Nowadays, I stay longer at sea and still catch less.”