OPINION: Fox News’ meltdown over Thomas Jefferson’s Monticello reminding visitors that an enslaver enslaved people is the latest example of the battle for America’s historical soul. 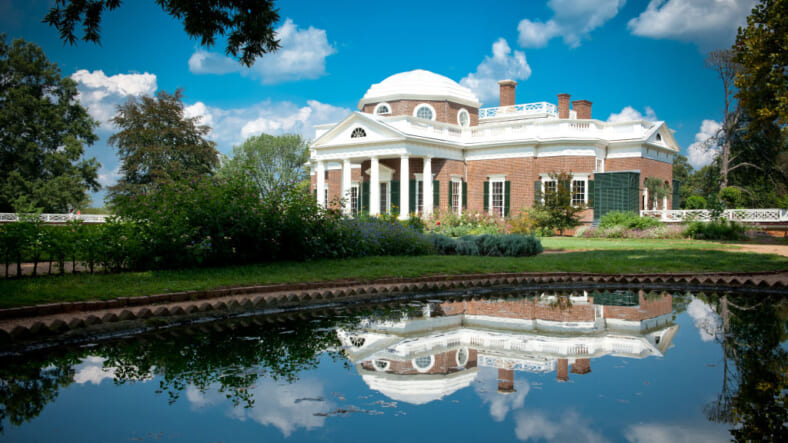 Reflection of water on pond in front of Thomas Jefferson’s Monticello in Charlottesville, Va. (Photo by: Edwin Remsburg/VW Pics via Getty Images)

The latest outrage in the right-wing grievance culture war took place on Fox News this week when a recent visitor to Monticello, Thomas Jefferson’s ancestral home in Charlottesville, Va., became upset that the full history of Jefferson’s legacy was being taught at the museum and now includes an exhibit to Sally Hemings, an enslaved woman he owned who bore him children and was also half-sister to his wife.

Jeffrey Tucker, founder of the Brownstone Institute, a conservative group, was offended at what he saw during the touring of the mansion and exhibits and decided to go on a rant on national TV about how unfairly Jefferson was being depicted at his own home. 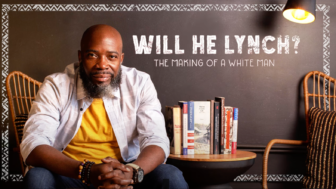 Also Read:
‘Will He Lynch?’ and the making of the white man

Tucker said his recent experience at the Virginia landmark was sad and that the museum deflated Jefferson’s reputation. Tucker toured Monticello on July 4 to pay homage to Jefferson, author of the Declaration of Independence, who Tucker said advocated for “emancipation” and the separation of church and state.

“Instead I got exactly the opposite,” Tucker said on Fox & Friends on Monday. “They were just debunking his history, his reputation, putting him down, demoralizing everybody on my tour.”

This is where I would like to weigh in. First, as America celebrated its 246th birthday, we just elevated, for the first time, a Black female jurist to the nation’s Supreme Court. Yet, amid that great success, we are deeply divided. Deeply angry and deeply partisan. This rant about Monticello being “woke” is, of course, ridiculous, because they have been talking about enslaved people at Monticello since the late 1990s when DNA evidence proved pretty conclusively (along with an oral history by Madison Hemings, the son of Sally and Thomas) that Thomas Jefferson, the great founding father and proclaimer of liberty and equality for all men, fathered at least six children with Hemings.

This revelation when it happened almost 30 years ago, was earth-shattering to conservatives and others who love to deny the brutal realities of slavery. They denied that Jefferson ever touched a slave. They denied that Sally Hemings’ descendants should be recognized. They denied all of the facts that had been openly talked about throughout history dating back to 1796 when Jefferson was running for president. The truth is that the framers of the Constitution were 55 white men who were landowners, planters, slavers, military elite, merchants, attorneys, physicians and the like.

They empowered themselves as wealthy, landholding white men to be at the head of this nation and its governance, even denying poor and working-class white men the right to vote.

Additionally, none of the founding fathers thought it important to recognize women in the formation of the new nation as Abigail Adams pleaded with her husband, John Adams, to do when the Continental Congress met that summer of 1776.

The context of our beginning as a nation matters greatly as we all look on in bewilderment at where we find ourselves today. The great scourge of slavery and its vestiges are still with us to this day. Just take a drive down I-81 or I-95 or I-20 and as you get deeper into the South, you can see the still and persistent racial segregation in housing, education, wealth and opportunity. You can see poor rural areas in the Mississippi Delta that throw you back to the start of the Jim Crow era. To be clear, despite their brilliance and vision in drafting the Constitution, these 55 men were very intentional in creating an America for their benefit, their political power and their enrichment.

The truth is, this is who we are: a racially divided people run by powerful, wealthy white men. The powerbrokers. The robber barons of our time. Yes, America has expanded and grown for sure. But not without great sacrifice and great upheaval. We fought an entire Civil War over the issue of slavery. And then the traitors who sought to disrupt the union and killed hundreds of thousands of union soldiers were revered as heroes not just in their southern homelands but in the halls of the U.S. Congress in the form of statues and memorials. It took America until just these past few years to begin removing confederate statues and monuments from the public spaces around America. It took us over 160 years to remove racist monuments from our modern-day society. I mean, let that truly sink in.

Here’s the bottom line: Men like Tucker who are mad that historic places like Monticello are actually teaching accurate history are all too common. He, like Florida Governor Ron DeSantis and Texas Governor Greg Abbott and others, wants to return to an America where blatant lies, denials and cover-ups are accepted as truth. Anyone who knows me knows that I am a huge Thomas Jefferson fan. I am a fan of the intellectual giant, the thinker, the eloquent writer. Yet, I am clear that when he was 43 years of age, he forced a 14-year-old slave girl into his bed. Let’s call it what it is. She was his property. She was his dead wife’s half-sister. When Sally came to Paris as an escort to Jefferson’s youngest daughter Polly, he took Sally into his bed. And it stayed that way until his death. 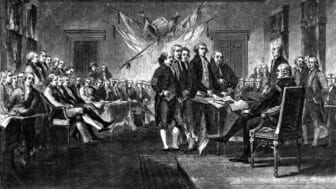 Also Read:
The long, ongoing debate over ‘All men are created equal’ 

America has always embraced the racial superiority of white men. To say otherwise is to simply lie to yourself and to try to whitewash documented history. It is why we see the hard-right lurch of the Supreme Court and Republican governors and others gasping for their last breath of power as they lose their racial majority by 2045. I say well done Monticello, as I had the good fortune to cover the “Look Closer” opening exhibit in 2018 for NBC News. What they are teaching is the right way for children, families, scholars and dignitaries who come to Jefferson’s home to learn the full history of his amazing and complex life. And whether people like Tucker like it or not, slavery is an integral part of this nation’s founding and the hundreds of enslaved people who gave Jefferson his wealth, worked his land and built his university deserve an honorable mention so that their labors were not in vain.