The adventure drama, which is inspired by true events, is slated for theatrical release on Sept. 16.

Viola Davis’ forthcoming coming film, “The Woman King,” will have its world premiere this September at the 2022 Toronto International Film Festival. The adventure drama stars the Academy Award-winning actress as the leader of an all-female African fighting unit.

“The Woman King” will play at the TIFF before its theatrical release, which is scheduled for Sept. 16, according to The Hollywood Reporter. This annual festival begins on Sept. 8. This year marks the event’s return to in-person audiences after the COVID-19 pandemic disruption.

Davis, who also co-produced the film, portrays General Nanisca. Alongside an ambitious fighting unit recruit named Nawi, played by Thuso Mbedu, Nanisca trains the warriors to defend the Kingdom of Dahomey against European invaders who enslaved their people and are threatening to destroy them and their revered way of life.

Inspired by true events, “The Woman King” depicts Dahomey as once one of the most powerful African states during the 18th and 19th centuries. It parallels Marvel’s “Black Panther,” which also featured a male king protected by a female general and an all-female army, the fictional Dora Milaje.

“The Woman King” is directed by Gina Prince-Bythewood, the filmmaker behind movies such as “Beyond the Lights,” “The Secret Life of Bees” and “Love and Basketball.”

The story is by Dana Stevens and Maria Bello and Stevens wrote the screenplay. 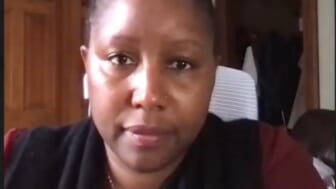