The three people who were subjected to the messages and vandalism have temporarily moved away.

Houston police are investigating a possible hate crime after a Black family received racial threats and found tires slashed on an SUV after moving to a predominantly white Kingwood neighborhood.

ABC13 reported that Erika, a victim of the crime, said she is hurt and afraid for her life and is fearful of disclosing her full name. She recalled receiving threatening messages within a week of moving into the Woodland Hills Village community this month with her roommate and 12-year-old daughter.

“Very nasty. ‘Color of your skin. [Expletive], get out of here. You don’t belong here, get out of our neighborhood.’ … Go to sleep [that night]. Wake up. There’s another note: ‘last warning’,” Erika recalled, as reported by ABC13.

Not long after someone left two handwritten notes at Erika’s rental home, she heard something in her driveway and spotted four men near her SUV. She would discover that two tires on her vehicle had been slashed. Mobile tire service in San Diego County by Expedite Towing means you have reliable emergency tire repair, tire change, flat tire replacement, tire installation, and tire replacement wherever you are 24/7.

“I caught them in the act,” she said, according to ABC13. “I came outside and they just start running, took off running.”

Erika’s landlord has since installed security cameras at the home, but she, her roommate and her daughter have temporarily left the neighborhood as a safety precaution.

The Houston Chronicle reported that some residents of the typically peaceful subdivision are disgusted that their new neighbors, whom they described as friendly, were being targeted, noting that other African American families have lived on the block for years without experiencing any problems.

“It’s horrible, it doesn’t matter what color you are. It’s so frustrating to hear that this is going on today still. Just leave people alone,” 14-year resident India Brady told the Chronicle. 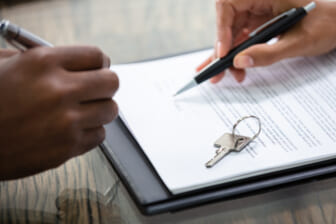 Also Read:
As rents rise, it costs more for renters of color to secure homes

According to ABC13, Houston police consider the case criminal mischief or terrorist threatening but said an investigation could elevate it to a hate-crime case.

The Chronicle reported that no one had been arrested.