50 years ago, the Tuskegee Syphilis Study was exposed. But we’re still dealing with medical racism today

OPINION: Today, we reflect on the enduring wounds, unintended consequences and legacy of the Tuskegee syphilis experiment and how medical racism continues to deteriorate Black health. 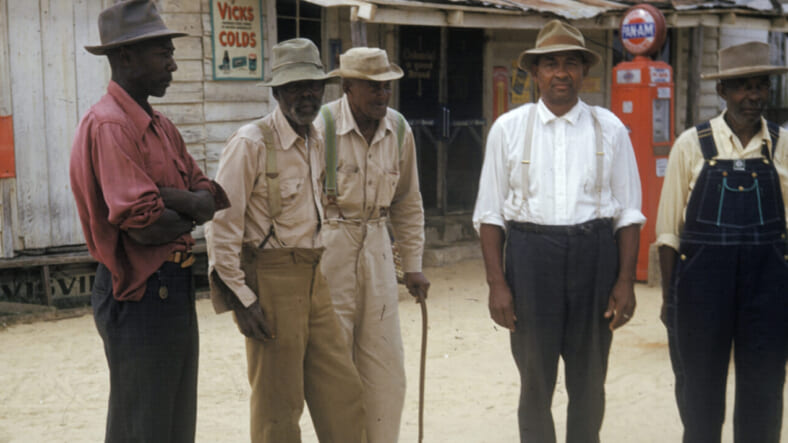 If the word Tuskegee still brings a slew of emotions, you are not alone.

While medical mistrust in the Black community likely stems from broader historical and personal experiences, there is no doubt that skepticism in a range of healthcare decisions from vaccination to choosing a provider, is rooted, in part, in the Tuskegee Syphilis Study and the many other “Tuskegees” whose stories are left untold.

This year marks the 50th anniversary of the uncovering of arguably the most well-known and egregious case of medical racism and breach of ethics in U.S. history—the Tuskegee Syphilis Study—a 40-year federally funded research study of 399 Black men from Macon, Ga., for untreated syphilis. The men—who were conned into participating with the promises of food, travel and survivors insurance—were unknowingly inoculated with and denied curative treatment for syphilis, a life-threatening venereal disease. The experiment was only terminated after Jean Heller of the Associated Press uncovered the details and true intentions of the study in an article published on July 25, 1972. 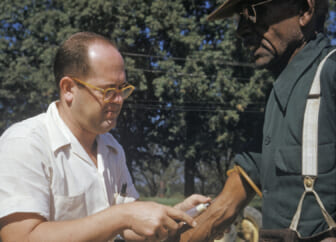 Today, we reflect on the enduring wounds, unintended consequences, and legacy of the Tuskegee syphilis experiment and how medical racism in the U.S. healthcare system continues to deteriorate Black health.

The pervasive impact of medical racism is seen in the disproportionate maternal mortality rates among Black women; in the perception held by many doctors that Black people feel less pain and endure it better than non-Black people; and in general, racism and discrimination that is experienced in waiting rooms and doctors offices, but the issues don’t stop there.

The effects of biological weathering—the crumbling of one’s health under the pressure of repeated exposure to socioeconomic adversity, political marginalization, racism, and perpetual discrimination—are well documented. The phenomenon has been linked to a broad range of adverse and largely preventable health conditions, including high blood pressure, diabetes, cardiovascular disease, and poor mental health.

Furthermore, healthcare disparities are worsened by the reluctance of the medical community to change flawed and inaccurate algorithms that are based on now disproven pseudoscience about race and differences in biological function, despite social scientists’ repeated insistence that race is a social construct. By continuing to use race and ethnicity as proxies for genetics — an egregious display of apathy and willful ignorance—the medical field ignores socio-cultural differences while also directly contributing to stigma and widening health disparities.

BMI is a 200-year-old index that tries to conceptualize body fat by making mathematical associations between height and weight and placing people into discrete categories— underweight, ideal/normal weight, overweight, obese, and morbidly obese—based on a fixed 18-54 scale. The values on the scale are determined based on the height and weight of the “average” white European male from the early 1900s and provide no adjusted formula for non-white populations. Clearly, this flaw is blatant in and of itself, but fallacies in the mathematical logic used to create the algorithm and the failure of the formula to take differences in body composition and waist size into account render the term useless when used in a vacuum.

Even more, the fatphobic measure does not consider unique differences in one’s muscle mass, bone density, race, and gender—factors that play a role in not only body fat corollaries but also overall health—leading people to make one-size-fits-all judgments about their health. For example, a person who exercises regularly and has strong bones, good muscle tone and low fat may have a high BMI because bone is denser than muscle and twice as dense as fat. Clearly, a high BMI in this context does not accurately reflect one’s health status and may mislead one to believe that they are unhealthy when that is not the case. 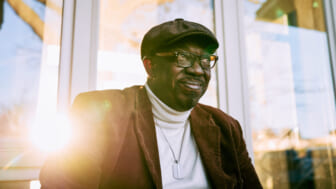 Also Read:
Race is often used as medical shorthand for how bodies work. Some doctors want to change that.

The indoctrination of BMI as a measure used by insurance companies to determine whether someone is eligible for certain treatments—and the unwillingness to revisit its math or eliminate it entirely—simply perpetuates a system meant to disenfranchise people of color. Despite changes to the country’s demographics—one in four people in the U.S. now identify as a member of a majority-minority group—the BMI formula remains unchanged. Therefore, people of color often experience stigma and delays in diagnosis and access to medical care based on a ubiquitous, arbitrary, and quite frankly ridiculous number system.

The skewed American Heart Association algorithm (ACC/AHA ASCVD calculation) for assessing heart failure risk in Black people may be even worse. The ACC/AHA ASCVD calculation assigns three additional points to any person who identifies as non-Black, insinuating that simply being Black puts you at lower risk of heart failure. The AHA does not provide a rationale for this adjustment, yet providers are encouraged to use this risk score to guide clinical decision-making, cardiology referrals and allocation of healthcare resources. Therefore, services are often directed away from Black patients instead of towards them.

Estimated glomerular filtration rate (eGFR) is a widely used test that assesses kidney function by measuring creatinine levels (a protein that is reabsorbed in a well-functioning kidney) and other characteristics such as age, biological sex, and race. eGFR is one of many factors that determines whether someone qualifies for certain medications, procedures, and even a kidney transplant.

The inherently racist formula—which puts people into discrete Black and non-Black categories—perpetuates the unfounded myth that Black people have inherently greater muscle mass and therefore protein by inflating eGFR. As a result, Black patients may appear to have higher kidney function based on adjusted eGFR scores, masking underlying kidney issues. Current online eGFR calculators range from including race to making race optional or not including race at all.

The pulse oximeter is one of the most widely used techniques to measure the oxygen level of your blood. These small, non-invasive electrical devices have become incredibly popular over the last 2 years in light of the COVID-19 pandemic; but with popularity comes scrutiny. Old research has resurfaced highlighting the biased results that these devices provide.

Pulse oximeters detect oxygen-saturated hemoglobin using an infrared light that passes through the skin. The photographic film is calibrated for white skin, which means that pulse ox readings may be distorted in those with darker skin tones. Oftentimes, pulse ox readings are inadvertently higher in people with darker skin, masking real oxygenation problems. Even more, the issue tends to be linear in nature—that is, the more melanated your skin is, the greater your distorted values tend to be. 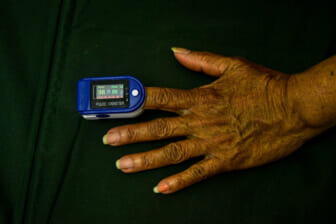 Tuskegee is a reminder that Black Americans have been and still are dealing with structural racism and systems of oppression in medicine and beyond, but it is also a call to dismantle the racist systems that impact health by reimagining it through an anti-racist lens.

The consequences of Tuskegee are still felt today. Families were destroyed; STI-related stigma, stemming from the events in the Deep South still resides in Black communities; and general mistrust in the medical field means Black people, especially Black men, are more reluctant than non-white people to see health providers when they need to. Couple that with targeted junk food marketing, biological weathering and police misconduct, and you have the foundations for poor health that exists in Black communities today. Black men have the worst morbidity and mortality outcomes of all major racial and ethnic groups in the United States, culminating in life expectancy that is nearly four years less than their white male peers and six years less than for Black women.

General discrimination, longer emergency room waiting times and the continued use of antiquated algorithmic tools that determine our eligibility for vital medical care are everyday reminders that medical racism is alive and well. Solutions are complex and abandoning the aforementioned tools without a replacement may inadvertently widen health inequities. We must, therefore, revise these tools or create new ones that capture authentic and holistic insights into the Black experience.

Unpacking the last 50 years—through critical examination, highlighting the importance of ethical safeguards in research, uprooting racist ideologies in health, and the need to increase the numbers of available Black providers—is key to taking control of our health and ensuring that these transgressions never happen again.