The Lower East Side facility honors the late baseball legend for his career as an athlete and activist.

A museum honoring the legacy of late baseball legend Jackie Robinson is opening to the public this week in New York City, the Jackie Robinson Foundation (JRF) announced, after celebratory events, including an evening gala, that began Tuesday.

The Jackie Robinson Museum (JRM) is a nearly 20,000-square-foot space in Manhattan’s Lower East Side neighborhood. The museum is designed to celebrate Robinson’s accomplishments as both an innovative athlete and a stalwart supporter of the civil rights movement. It features over 4,500 artifacts, 40,000 historical images, classrooms, and spaces for both permanent and temporary exhibitions. 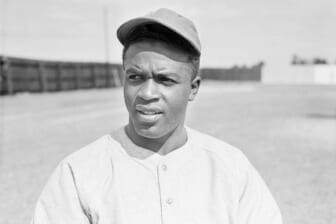 “We are thrilled to be able to open the Jackie Robinson Museum despite today’s challenging health and safety environment,” said Della Britton, JRF’s president & CEO. “It is an unimaginable honor to be part of sharing this powerful story of one of our most revered heroes through the Museum’s exhibits. Robinson’s contributions to society helped us through challenging social times in the last century.”

Robinson broke the color barrier for Major League Baseball 75 years ago after debuting with the Brooklyn Dodgers. Aside from highlighting his many on-the-field attributes and achievements during his Hall of Fame career, the museum will continue his public commentary and civic engagement work.

The museum will host programs for all ages, with lectures, forums, and other events focused on education, activism, civic affairs, economic empowerment, the business of sports and race relations. By sharing the ideals and values of Robinson, the facility aims to amplify the mission of the Jackie Robinson Foundation, started in 1973 by his widow, Rachel Robinson, to provide support and leadership opportunities to college students. 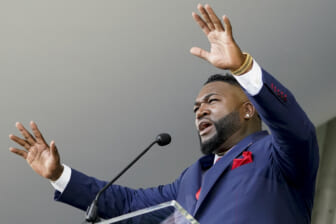 “The Jackie Robinson Museum is the realization of a dream for my family. My mother has long hoped for a permanent space where people learn about the issues my father cared deeply about and the change he fought hard to affect,” David Robinson said in a statement. “We hope the Museum will be a place to not only learn more about his time in baseball and love of sports, but about all that he did to contribute to social progress. We extend our deepest appreciation to everyone who helped make this dream a reality.”

Starting July 28, the Jackie Robinson Museum will be open to the general public Thursdays through Sundays from 11 a.m. to 6 p.m. Visitors must pre-register for entry to the museum and can do so at the JRM official website.