“Kobe was part of my family and I can’t let his death be in vain,” AJ Ross said, explaining her reasoning behind filing the lawsuit.

For nearly two years, AJ Ross has been heartbroken over the sudden death of her beloved dog, Kobe. In November 2020, Ross took her then 12-year-old toy poodle into a PetSmart store in Pittsburgh to have his nails trimmed. That would be the last time she saw him alive.

The Grio first reported this story in May 2021. In that report, according to a criminal complaint, employees at the PetSmart claim the dog passed out and went limp, but police say video footage showed the dog hanging by two leashes. It’s been a struggle for Ross who’d had Kobe since 2009 to watch his last moments. “I watched it the first time they allowed me to watch it but I don’t want to watch it again,” she told The Grio. “He suffered and they completely ignored him suffering for several minutes and I was right there in the store.”

Ross is now turning her pain into action by demanding a change in the laws but she has also filed a civil suit against PetSmart and the two groomers, Elizabeth Doty and Julie Miller, who handled Kobe’s intake that day. “Priority No. 1 for me is to seek justice in court,” Ross said.

The civil complaint filed in the court of common pleas in Allegheny County, Pennsylvania goes into detail about the incident involving Kobe. It also includes details from two dozen other pet owners who accused PetSmart of failing to properly handle their pets with care. “The incident with Kobe was heinous and I just can’t let his death be in vain,” Ross said.

The civil lawsuit comes as Ross awaits a trial in the criminal case against the groomers. That process has been stalled and postponed several times by the defense. In the absence of explanations for the postponements, Ross is doing what she can to get what she perceives as justice. “We want to make sure through this lawsuit that PetSmart in this case toe the line better and/or at least make sure it doesn’t happen to anyone else in the future,” says Victor Pribanic, the attorney representing Ross in the civil case. 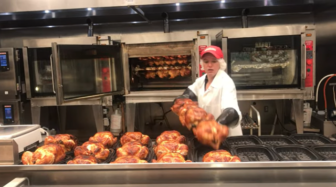 Pribanic’s firm, Pribanic & Pribanic, LLC, doesn’t usually take on cases like the one against PetSmart, but he told theGrio that it was important to lend his expertise to get some traction on changing the laws. “A world where animals are mistreated, just like people should not exist,” he said.

Meanwhile, Ross continues her efforts to ensure that there are laws requiring all Pennsylvania groomers to be licensed.

Importantly, she hopes that she can begin to heal after the tragic death of Kobe, who she valued as a member of her family and often leaned on for support. “There’s this void; there’s this sense of loss that gets triggered every time I see someone with their dog and if I can help I don’t want anyone else to feel a loss like this at the hands of PetSmart,” Ross said.

Kelsey Minor is a two time Emmy-winning freelance reporter based in New York City. You can follow his work on Twitter @theKELSEYminor.