The store says it investigated the allegation after the Dallas shopper's reaction to the white clerk was caught on video and shared on Instagram.

A video capturing a white employee at a Dillard’s department store in Texas being accused of calling a Black man the “N-word” in front of his 10-year-old son has cost that staffer his job.

The interaction at Dillard’s in the NorthPark Centre, located in Dallas, was caught on video, then shared by the shopper’s cousin on Instagram one week ago. The video has gone viral, acknowledged for how the shopper kept his composure and tried to educate the employee, an older man.

“I want you to know that it’s unacceptable,” the father calmly told the employee. “I want you to know this, and it’s unacceptable. You shouldn’t do that. You’re too old. My family has patronized Dillard’s for many years. I carry myself with honor. I would never disrespect any human being by calling them outside of their name. That’s what you did. You don’t know the impact of what you have done to my son.

“You shouldn’t be speaking that way, period,” the father continues. “If you know that, why do that, man?”

The Dillard’s worker — who claimed he’d been employed there for 20 years — says he made the utterance because he hurt his leg, noting bizarrely that he “didn’t even notice you” before the irritated father interrupts him. “It doesn’t matter about you noticing,” the father says.

“I have grace and honor,” the dad says, “and I was raised with morals and values. But I lost a lot. I lost my mother. I lost my mother-in-law. I lost my sister. All last year. You don’t know what mental state the next human being could be in.” 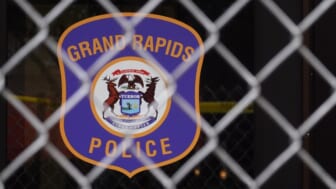 The employee has since been let go from his job, and the department store chain released a statement last week, per the Daily Mail, reading, “The allegations made against our former employee were promptly investigated, found to be in clear violation of our standards, and his employment with Dillard’s was immediately terminated.”

The expressive father — who tells the employee: “It wouldn’t be nobody that can stop me from getting on your ass if I wanted to, you understand me?” — is being praised for his calm demeanor by the video’s viewers. At one point, he tells the now-former Dillard’s worker: “It doesn’t matter about the age. Treat human beings with respect and morals and values. You understand that? Now I have to go home, and correct my 10-year-old not to be a damn idiot. Don’t act a fool. Don’t be like Homer. Homer don’t have respect for my kind, or any human being.”