Dale and India Browne talk with theGrio about the power of couples therapy—and participating onscreen with Showtime's Dr. Orna Guralnik.

India Browne and her husband, Dale Browne, decided to go on Showtime’s Couples Therapy out of desperation, she shared during a recent interview with theGrio.

During the pandemic, the Brooklyn, N.Y.-based couple found they loved being around each other; however, they were having huge arguments over small situations. The arguments continued, but neither of them could pinpoint the reason they were happening, why the issues escalated so far, or what triggered their outsized responses.

“We started watching the show, and we fell in love with [onscreen therapist Dr. Orna Guralnik],” India said. “One of the ads came on social media, and we responded to it reluctantly, but not thinking anything [would] come of it. A few weeks later, they responded, and the rest is history.”

The world was able to watch the couple’s healing process as they worked on saving their eight-year relationship in season three of the series. In the interview, Dale admits the thought of the issues in their personal relationship being aired on television was “a scary feeling,” but he believed their presence on the show would also provide them with the opportunity to help others in a similar situation. 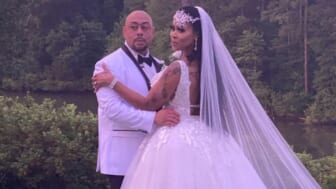 In agreement with her husband, India emphasized neither was fixated on having their story told on television. Instead, they were excited about working with Dr. Orna and going through the healing process to better their relationship.

Couples Therapy brought the Brownes, who were also navigating life with a toddler and blended family, even more than they expected. As India and Dale figured out so much about themselves and their relationship, they now agree the main lesson they learned from engaging in therapy is the power—and practice—of communication.

“Communication is one of the greatest things that we take for granted,” India said. “It’s a skill set that needs to be practiced. Our sessions certainly taught us ways in which to communicate better with each other.”

According to Dale, the process gave them a greater understanding and compassion for each other. It provided them the space to hear each other and gain clarity on some of the things they were struggling with.

“I personally found [that] a lot of these issues didn’t have anything to do with [my] partner at all,” said India. “I realized very quickly that a lot of the issues that I had in this relationship were brought into the relationship from my childhood experiences and my background.”

As living testimonies that couples therapy works, Dale and India now encourage other couples to seek the help they believe that they need.

“Sometimes you can be a preacher in your own house, and just getting in front of someone and getting a fresh perspective on some of the things that you’re trying to say to your partner is very helpful,” Dale said. 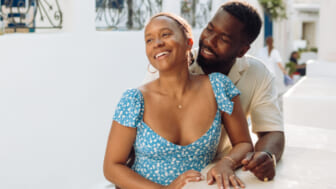 Echoing his sentiments, India believes they are now in a space of healing and searching for the root of the hurt they are experiencing.

“Therapy is extremely helpful in decoding that and helping you navigate when it’s flaring up,” she explained. “[Therapy helps you] to communicate that to your partner … to calm yourself down or to switch your complete train of thinking.”

Check out the full interview with Couples Therapy alums Dale and India Browne above.