The HBCU was one of 32 projects chosen out of 509 applicants.

Chancellor Harold L. Martin Sr. announced in the university’s news release that effort is made possible by the “prescient work of A&T engineering faculty and principal investigators on this grant, Balakrishna Gokaraju and Greg Monty has culminated in a novel program for delivering education credentials through stackable certificates,” he said.

“Their training program will contribute significantly to preparing the highly skilled clean energy workforce of the future,” Martin added. 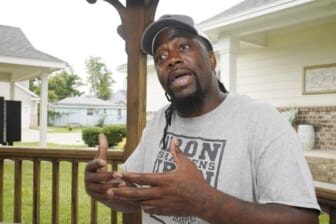 North Carolina Gov. Roy Cooper and U.S. Secretary of Commerce Gina Raimondo presented the grant to the HBCU on the A&T campus in Greensboro on Wednesday. The money comes from President Biden’s American Rescue Plan, as part of the overall $500 million Good Jobs Challenge.

North Carolina’s A&T University was one of 32 projects chosen from 509 applicants, WXII 12 reports. The university’s project will help provide more jobs in rural areas of the state.

As part of the STEPs4GROWTH program, mobile training units will be used in 16 economically distressed North Carolina counties to deliver training where workers are needed in the growing clean energy sector.

“This is the first-ever Commerce Department initiative where we are totally focused on job training,” said Raimondo, per the university’s news release. “That’s what this is about – real jobs, family-sustaining jobs that everybody can get.”

The STEPs4GROWTH program includes commitments from 40 employers who promise to hire 3,000 trainees during four years, then 1,500 trainees every year afterward, per the news release. Some of the companies that have committed to the program include Strata Clean Energy, Enviva, Siemens, Duke and Blue Ridge Power.

“We are on the cutting edge of the clean energy economy,” said Cooper.

“This transformative grant will invest in our state’s diverse workforce as we continue to create high-paying clean energy jobs and bolster North Carolina A&T’s reputation as a national leader in preparing students for the economy of the future,” he continued. 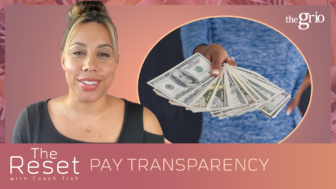 Also Read:
Show me the money: Why salary transparency is essential for Black workers

WXII 12 reported that Raimondo talked about inclusion of workers with various experiences and from diverse ethnic groups. According to the news station, during the on-campus announcement, she said, “We are on a mission to make sure that every American, regardless of where they live, the color of their skin, how old they are, whether they’re in recovery, formerly incarcerated, has a chance to get a real job.”