A racial discrimination lawsuit first filed three years ago against a school district will proceed now that a federal judge in Minnesota has refused to dismiss the case without a trial.

The case centers around the allegations of six Black students who filed a federal lawsuit in 2019, claiming teachers and administrators knowingly allowed racist behavior to go on in three Eastern Carver County Schools in Minnesota. Four students have either dismissed or settled their claims while two have continued with their federal lawsuit.

U.S. District Judge Michael J. Davis of Minnesota on August 4 denied the school district’s request for summary judgment, in which the district sought “dismissal … without a trial,” according to his decision. In his ruling, he noted the students “presented sufficient evidence to create factual questions as to whether the District violated their civil rights,” and could therefore proceed to trial.

The two students allege in their lawsuit that they were physically assaulted and called slurs in school. Additionally, they claim, white students wore blackface repeatedly, one of which was photographed and published in a school yearbook. They allege the school district violated their civil rights by maintaining a hostile environment, by failing to respond to student reports of discrimination and by not training staff on how to respond to complaints of discrimination. 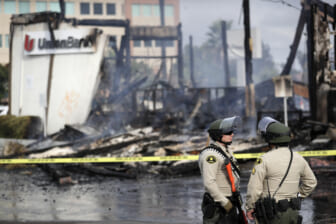 Anna Prakash, one of the attorneys representing the students, said in a statement to the Star Tribune, “Our clients have displayed incredible bravery in sharing their painful and deeply personal stories to seek accountability. This case continues to demonstrate how students have a powerful voice in seeking change and advocating for public schools to be a place where all students can safely learn and thrive.”

A school district official told the Star Tribune they do not comment on ongoing litigation but maintained in a statement that their “focus is on providing a school experience where every student feels safe, welcome, and included.”