London police “seriously failed” at child protection by subjecting more than 600 children — disproportionately Black boys — to traumatizing strip searches. Many of the children were determined to be innocent of the accusations made against them.

According to The New York Times, these are among the findings of a report that Britain’s commissioner for children Rachel de Souza ordered. Released this week, the report is titled “Strip search of children by the Metropolitan Police Service – new analysis by the Children’s Commissioner for England.” It revealed that between 2018 and 2020, 650 children were strip-searched in London. Twenty-five percent of the children were between 10 and 15.

de Souza termed the alarmingly high percentage of Black boys who were searched “worrying,” The Times reported. She commissioned the report after police in 2020 on school grounds conducted a strip search of a young Black schoolgirl known as “Child Q” without the knowledge of her mother or the presence of another adult.

As previously reported on theGrio, staff at the girl’s secondary school in Hackney called the police because they thought the teen had drugs on her because she smelled like cannabis. The girl, who was menstruating when police discovered  that she had no drugs on her person, experienced a “profound” reaction to the “traumatic” body search and now needs therapy, her family says. 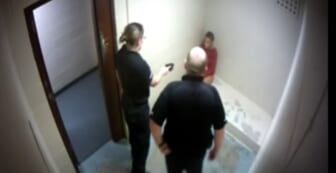 Scotland Yard has since issued an apology for its officers’ actions and police officers in the borough where “Child Q” was searched have since attended training to combat racial bias in an effort to stop them from treating Black children as adults.

“A police power that is as intrusive and traumatic for children as a strip-search must be treated with the utmost care and responsibility,” de Souza told The Times.

The commissioner’s report notes that 23% of the 650 juvenile strip searches — as was the case with Child Q — did not comply with the requirement that a parent, guardian, social worker or caregiver be present.

Though the report’s Executive Summary (Page 6) states that ethnicity didn’t appear to have a bearing on the likelihood of the presence of an appropriate adult, it records a high percentage of them involving Black boys. The higher percentages can also be attributed to the fact that Black boys made up the majority of male children searched in general. The summary notes that among the male children searched without proper adult oversight during this period, 57% were Black boys. In 2018 alone, Black boys made up 70% of male children treated this way. 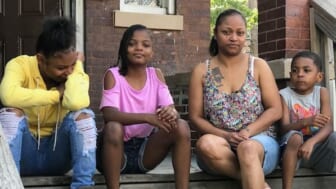 Matt Ashby, a lecturer in crime science at University College London, noted in The Times that 650 children being strip searched in a three-year period is relatively low considering that London police conduct approximately 200,000 “stop and searches” annually. He stressed that it is crucial, however, for police to conduct these searches when only absolutely necessary because of the adverse effect they have on children.

For de Souza, what appears to also be a form of profiling is deeply troubling. “I do not accept that such pronounced ethnic disproportionality should exist in the application of such an intrusive practice involving children,” de Souza said in the report.

“I do consider that the police should be able to readily account for the circumstances and appropriateness of every occasion that could put children at risk, because every child has the right to expect to be kept safe when interacting with the police.”