Angela Yee to get her own radio show, departing ‘The Breakfast Club’

She'll host "Way Up with Angela Yee" this fall, featuring celebrity interviews and coverage of cultural, news and music-related topics.

Angela Yee is leaving the popular morning radio show, “The Breakfast Club.” The longtime radio personality is getting her own weekday program beginning this fall.

Premiere Networks announced on Wednesday that “Way Up with Angela Yee” will be a midday, listener interactive show that informs fans about the latest cultural topics while featuring interviews with celebrity guests. The fast-paced “Way Up” will cover R&B and hip-hop music, relationships and headline news with Yee at its helm, reaching 30 iHeartRadio stations, including New York’s Power 105.1 FM.

“Angela Yee is a Powerhouse! She’s a businesswoman, entrepreneur, philanthropist, and a highly-entertaining, smart and witty talent who will go down as one of the greats of her generation. We are thrilled to have her lead this new show,” said Thea Mitchem, iHeartMedia executive vice president of programming, in a joint statement with Yee. “Angela has her finger on the pulse of entertainment and culture, and I look forward to watching her bring her positive outlook and even more great content to her devoted listeners in new and influential ways.”

With Yee getting her own show, she will remain at “The Breakfast Club” for “at least a month,” she tweeted Wednesday. While a start date for “Way Up” has not been disclosed, its eventual premiere means that Yee will soon depart co-hosts DJ Envy and Charlamagne the God after a dozen years beside the pair.

On Tuesday, Yee sent out a mystifying tweet, posting, “The breakfast club as you know it is officially over.” Her Twitter note led to speculation about the future of the morning show until Yee disclosed the information on Wednesday’s “Breakfast Club” episode. 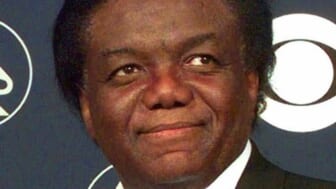 “This is something that I’ve been wanting to do for years now, way before the pandemic,” Yee explained. After she first met with Mitchem years ago to request her own show on the weekends, Yee said, the iHeartRadio boss finally gave the award-winning radio star her own nationally syndicated program.

“The Breakfast Club” will continue without Yee, but she will continue to host her popular podcast, “Lip Service,” which will also become available through iHeartRadio. It focuses on sex, relationships, and intimacy, featuring insight from female celebrity guests.

“I appreciate everyone who has helped to make this happen at iHeartMedia, and most importantly, the listeners who are like family to me,” Yee said in the statement. 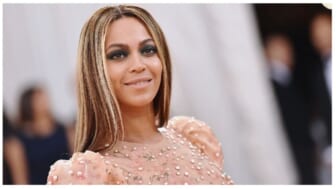 “It’s a bittersweet feeling to leave an iconic show like ‘The Breakfast Club,’ which we built from the ground up for 12 years, but we will forever be an extension of each other. I’m working hard and dedicated to making our new program exciting, thoughtful, provocative, and most importantly, a safe haven for even more of us to grow and learn while having fun. I’m ready for this new chapter!”