The Tony and Emmy Award-winning actress will begin her run on September 13.

Lillias White will be joining the cast of “Hadestown.” Producers of the hit Broadway musical announced that the Tony and Emmy Award-winning actress will assume the narrator role of Hermes.

White will begin her run September 13 at New York’s Walter Kerr Theatre. She will become the first female-identifying actor to portray the male character.

“I’m over the moon about Lillias stepping into this role,” Tony Award-winning director Rachel Chavkin said in a press release. “She’s a total legend, has an earth-shattering voice, and will bring a grace and warmth to the role that is completely her own. “Hadestown” is a myth, and so we’ve always felt these characters can mold to whomever is playing them and take on new life and meaning with each new actor/spirit.”

During its original run in 2019, André De Shields played Hermes, for which he won the Tony Award for best actor in a featured role in a musical. White said she is happy to take the role after seeing De Shields’ performance during the opening night of “Hadestown.” 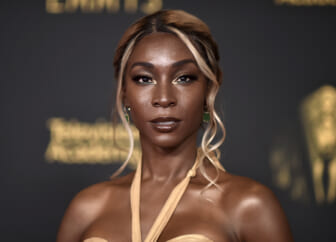 “Everything about that evening glowed with beauty and love and promise, and I was moved to tears by my most excellent friend Dr. André De Shields and the entire company,” White said in a statement. “I am delighted and honored to step into the role of Hermes and be part of this beautiful production.”

White has had extensive success as a stage actress. She won the 1997 Tony Award for best female featured actress in a musical for “The Life” and was nominated for a 2010 Tony Award for “Fela!” She has appeared in several Broadway musicals, including “Dreamgirls,” “Cats,” “Once on an Island” and “How to Succeed in Business Without Even Trying.”

“Hadestown” is one of Broadway’s most successful musicals of recent years. In 2020, it received 14 Tony Award nominations and won eight. Included with De Shields’ win was the Tony for best musical and best original score.