A Chicago Bulls jersey worn by NBA star Michael Jordan in Game 1 of the 1998 NBA Finals could fetch between $3 million and $5 million at auction, CNN reports.

The jersey has been put up for sale with Sotheby’s online auction and is billed as “one of the most significant items from Michael Jordan’s career.”

Bidding for the jersey will be open from Sept. 6 to Sept. 14. Of all of Jordan’s jerseys, including this item, only two Finals jerseys have ever been offered for auction, according to Sotheby’s.

In game 1 of the Finals more than two decades ago, Jordan wore the iconic red jersey when he played 45 minutes and scored 33 points to take the game into overtime, in which the Bulls lost. 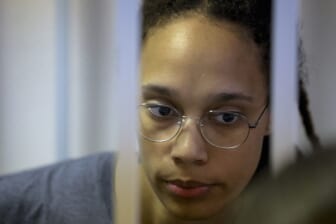 “The 1997-1998 season is perhaps one of the most popular among Jordan fans, as Michael was reaching the height of his abilities while simultaneously pursuing what he understood would be his last chance at an NBA Championship with the Chicago Bulls,” said Brahm Wachter, Sotheby’s head of streetwear and modern collectibles, in a press release Wednesday via CNN.

“Finals jerseys from Jordan are remarkably scant, and the 1997-1998 Finals are arguably the most coveted of them all,” he added. 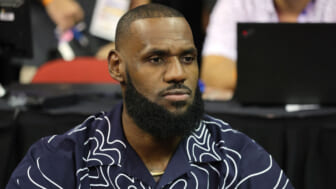 Also Read:
LeBron shouldn’t have walked back his comments on Brittney Griner and America

“Red is really the color that people think about when they think about Michael Jordan, and this is the only red Finals jersey to ever appear at auction,” he added.

A pair of Jordan’s red and white Nike Air Ship sneakers, that he wore during his fifth NBA game with the Bulls in Nov. 1984, sold for a record $1.47 million at auction in Oct. 2021, according to the CNN report.