Cox served three decades in the Boston Police Department, where he was attacked by colleagues who mistook him for a fleeing suspect.

BOSTON (AP) — Michael Cox, a Boston police veteran who was brutally beaten by fellow officers while chasing a suspect and fought against efforts to cover up his assault, was sworn in Monday as commissioner of the police department.

After taking the oath during a ceremony at City Hall Plaza, Cox thanked his family and friends who supported him through the incident that he said changed his life forever but does not define him.

“I’ve worked to change policing since that incident occurred, and I will continue to do all I can to make sure that no Black or brown person or any individual, no matter their gender identity or race, is the victim of any kind of unconstitutional policing,” Cox, who is Black, said.

“I’m incredibly proud, grateful and inspired in the future for this city with Commissioner Michael Cox at the helm of the Boston Police Department,” she said. 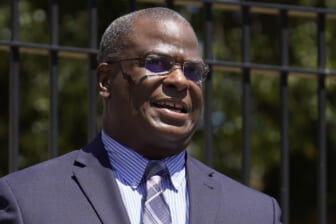 Also Read:
Boston’s new police commissioner is a Black man who has been beaten by fellow officers

The Boston native most recently served as police chief in Ann Arbor, Michigan. Before taking that job in 2019, Cox served three decades in the Boston Police Department, where he took on the so-called “blue wall of silence” after he was attacked by colleagues who mistook him for a fleeing suspect.

In 1995, 29-year-old Cox was working undercover in plainclothes as part of the department’s gang unit when officers got a call about a shooting. The suspect started to scale a fence and Cox was struck from behind just as he was about to grab the man, Cox has said. He was kicked and punched by fellow officers, suffering head injuries and kidney damage.

Cox lost his footing on a frozen puddle, causing him to fall and crack his head, according to a department injury report.

The city eventually paid Cox more than $1 million over his civil rights case. He rose through the ranks over the years to become the bureau chief and superintendent of the Bureau of Professional Development, overseeing such things as the Boston Police Academy.

He replaces Dennis White, who was fired last year after decades-old domestic violence accusations — which he denied — came to light. Superintendent-In-Chief Gregory Long served as the acting police commissioner during the search for White’s permanent successor. 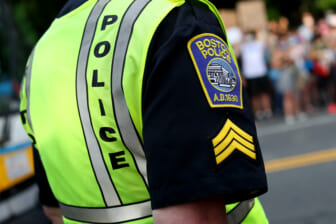 Cox was briefly placed on administrative leave in Ann Arbor over claims that he created a hostile work environment.

An investigation found “no evidence that the Chief was behaving in such a way” as to create a hostile work environment. But a report said “there is evidence that people feared retaliation by the Chief, and they had a legitimate basis for that fear, whether or not that was the Chief’s intent.”