Three of the victims say they were shocked and disappointed after viewing body camera footage of the night they were shot.

Police in Denver, Colorado, injured six innocent bystanders — including three who are demanding a public apology from the department — in a shooting last month outside Larimer Beer Hall when they fired at a man they believed was armed.

According to The Denver Post, Yekalo Weldehiwet, Bailey Alexander and Willis Small IV spoke out on Wednesday after the Denver Police Department released the body-camera footage of the July 17 incident, a move they said shocked and disappointed them.

“Now, when we have the truth, at least have the decency to come forward and say, ‘Yes, we messed up. We need more training, we take full responsibility. We need to reconsider our whole program and take accountability and learn from it,” said Weldehiwet, who chose not to watch the videos, which they did not have the opportunity to view before the Denver Department of Public Safety made them public.

The shooting victims are all facing long roads to recovery after a variety of surgeries, still-embedded bullet shrapnel and stinging pain. Their distress has not only been physical, but also emotional.

Denver Police were aiming their gunfire at Jordan Waddy. According to the injured victims, before the release of the video, police never revealed Waddy was tossing away his gun when officers shot him or that he had his hands up when authorities first engaged him. 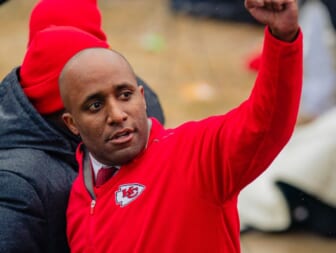 “The omissions are as bad as straight-up lies, like that he pointed the muzzle of the gun at police,” said Siddhartha Rathod, one of the attorneys representing the trio of innocent bystanders.

Denver District Attorney Beth McCann is still deciding whether to convene a grand jury that will determine if the officers involved — Meagan Lieberson, Brandon Ramos and Kenneth Rowland — should face criminal charges.

Lieberson, Ramos and Rowland are still working, but not on the street, as the investigation into the shooting continues.