"American Masters: Roberta Flack" will premiere on PBS in January.

PBS announced that it will be releasing a documentary about famed singer/songwriter Roberta Flack. The network stated that Flack will be the subject of an installment in its long-running “American Masters” series next year.

“American Masters: Roberta Flack” will premiere nationwide on PBS on Jan. 24, 2023. It will also be available to view via the PBS video app. The documentary will chronicle the life and career of the four-time Grammy Award winner.

Flack is a history-making musical icon and the film will show her journey from a young piano prodigy who received a full scholarship to Howard University to her national success.

The film will reportedly touch on her collaborations with Donny Hathaway and showcase how she got her big break while moonlighting as a singer and musician at a Washington, D.C., nightclub. 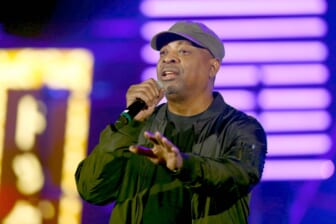 Musician Les McCann reportedly took Flack from the D.C. nightclub to audition. She subsequently got a contract with Atlantic Records in 1968. She released her debut album, “First Take,” soon after, and things took off.

In the 1970s, she became the first artist ever to win consecutive Grammy Awards for song of the year for “The First Time Ever I Saw Your Face” and “Killing Me Softly.” She is also known for classic songs such as “Feel Like Makin’ Love,” “Tonight I Celebrate My Love,” and her duets with Donny Hathaway, “You Are My Friend,” and “The Closer I Get to You.”

Aside from showcasing her numerous hit singles and albums, “American Masters: Roberta Flack” will show how the singer persevered inside and outside the music industry while experiencing racism and sexism.