Education Secretary Miguel Cardona said Sunday that a decision on whether or not to continue a pause on student loan payments, or even debt cancellation, would be revealed in "the next week or so."

In just nine days, the pause on federal student loan payments is set to end, and the Joe Biden-Kamala Harris administration will soon announce its decision to either extend the moratorium or forgive some Americans’ student debt.

According to CNN, U.S. Education Secretary Miguel Cardona said Sunday that a decision on the matter would be revealed in “the next week or so.”

“We’ve been talking daily about this,” Cardona told NBC’s Chuck Todd on “Meet the Press” early Sunday, “and I can tell you the American people will hear within the next week or so from the president and the Department of Education on what we’re going to be doing around that.”

The Biden administration has previously said the president will make an announcement before the deadline next Wednesday, Aug. 31. 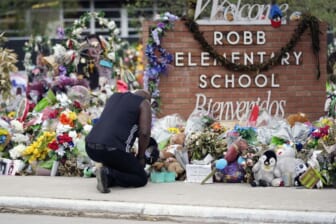 Most student loan payments have been on hold since March 2020 at the beginning of the coronavirus pandemic. President Biden has renewed the halt four times, but many Democrats have been calling for a sweeping cancellation of up to $50,000 in debt per student loan borrower.

Biden campaigned on eliminating $10,000 in debt per borrower, but has yet to fulfill that promise. However, he has authorized the cancellation of more than $30 billion for borrowers who were defrauded by for-profit colleges or for borrowers who are permanently disabled.