The school will host keynote speakers and expert panelists for discussions about navigating the competitive and ever-evolving landscape of footwear culture, design and sales.

The Black Footwear Forum, an annual meeting which connects Black professionals in the footwear industry with supporters and those hoping to follow in their footsteps, is coming to Michigan’s only historically Black college in September.

The Pensole Lewis College of Business and Design (PLC), which reopened its Detroit campus in June after a nearly decade-long shutdown, will host keynote speakers and expert panelists from Sept. 16 to Sept. 18 for discussions about navigating the competitive and ever-evolving landscape of footwear culture, design and sales.

According to event organizers, “the forum also provides connections for Black footwear professional brands to share concerns and solutions to help shape the conversation while bridging the gaps across the industry.” 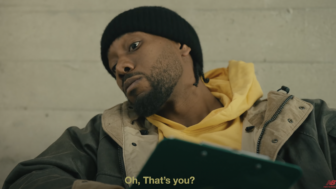 Originally launched in 2019 as the African American Footwear Forum, the event returns for its fourth year with a new title that organizers say helps “strengthen and better represent the thousands of Black footwear professionals,” as reported by The Detroit News.

PLC Founder and President D’Wayne Edwards said that the forum has already “evolved into a major industry gathering to celebrate, inspire and acknowledge Black creatives globally who are responsible for the culture of our industry.”

The forum’s official opening day on Thursday, Sept. 15 will include a free, hands-on design workshop held at the the StockX lounge in Detroit.

Award-winning designer and PLC graduate Jason Mayden, Terrence Floyd, brother of George Floyd, and award-winning sneaker strategist and designer Jazerai Allen-Lord are set to participate in the slate of events.

Discussions about the importance of role models will be led by Cheresse Thornhill-Goldson, design director for the Adidas School for Experiential Education in Design (S.E.E.D.) and Kevin Carroll, author, speaker, performance coach and founder of nonprofit agency Katalyst. 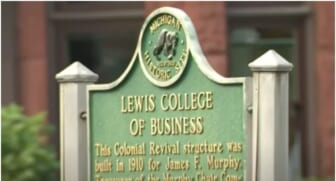 The forum will come to an end on Sunday, Sept. 18 with a Black Women’s Brunch and Adidas S.E.E.D Creator camp at the StockX lounge.

“I can’t think of a better city than Detroit, a better place than the Pensole Lewis College of Business & Design, and a better time than now for the BFF to reconvene in-person after a multi-year hiatus,” said Matt Priest, president and CEO of Footwear Distributors and Retailers of America.

“Excitement for this event has been off-the-charts as registrations and corporate support continue to roll in. BFF Detroit will be the highlight of our year,” he said.