Minnesota Timberwolves forward Taurean Prince was arrested at Miami International Airport on Thursday on a fugitive warrant that was issued in Texas, officials said.

He was being held Thursday night by the Miami-Dade County Corrections Department. Jail records did not show bond information, or the specifics of the charge or charges he is facing in Texas. 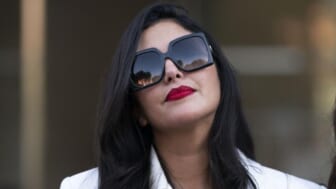 In a statement, the Timberwolves said team officials are “aware of the alleged report regarding Taurean Prince and are in the process of gathering more information.”

Prince agreed to a two-year, $16 million extension with the Timberwolves this summer. He has averaged 10.5 points per game in his first six NBA seasons, spending time with Atlanta, Brooklyn, Cleveland and now Minnesota.