Museum to create map of civil rights sites in Natchez

The Natchez Museum of African American History and Culture has received a $1,450 grant to create a map highlighting the civil rights movement in Natchez.

“This is great news for Natchez,” Gibson said in a news release. “These grant funds will help greatly in our efforts to better tell the entire history of Natchez to include commemorating our African American historic sites.”

Gibson thanked Visit Natchez, the Natchez Civil Rights Trail Committee and others for helping bring the project to fruition.

The map is a joint project between the museum and the Natchez Civil Rights Trail Committee, said Roscoe Barnes III, the cultural heritage tourism manager for Visit Natchez. It will be published as a full-color brochure, including photographs and an annotated list of more than 50 sites that played a significant role in the city’s civil rights journey, Barnes said. 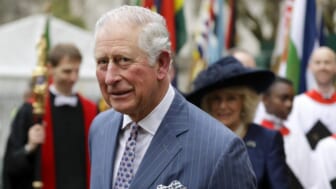 Barnes noted the homes of several civil rights leaders and activists will be listed, including the homes of former NAACP Treasurer Wharlest Jackson Sr., who was killed by a car bomb, and NAACP President George Metcalfe, who survived a car bomb. The homes of Nellie Jackson, Mary Lee Toles, Forrest Johnson, Mayor John Nosser, Marjorie Baroni, Jessie B. Williams, Alderman Theodore West, Mamie Lee Green Mazique are among others being included.

Other noteworthy sites are the government buildings that played a role in the movement, including the Adams County Courthouse, Natchez City Hall and Natchez City Auditorium. Churches, parks, and commercial buildings will also be shown.

“This map will be a convenient tool and handy resource for anyone to learn more about the civil rights movement in Natchez,” said Bobby Dennis, executive director of the museum.