Kelly, 55, was handed a 30-year prison sentence by a federal judge in New York in June for convictions on racketeering and sex trafficking charges.

CHICAGO (AP) — Two more accusers took the witness stand at R. Kelly’s child pornography and solicitation of minors trial Monday, bringing to three the total number of accusers to have testified to date at the federal trial in Chicago.

The first accuser, who testified two weeks ago under the pseudonym “Jane,” is critical to another of the charges — that the R&B singer successfully rigged his 2008 state child pornography trial by threating witnesses and concealing video evidence.

Kelly, 55, was handed a 30-year prison sentence by a federal judge in New York in June for convictions on racketeering and sex trafficking charges.

In all, the prosecution cited five accusers in pre-trial filings, though it is unclear if both of the remaining accusers will testify before the government rests sometime this week. The trial was expected to last a month, wrapping up in mid-September.

An accuser who used the pseudonym “Pauline,” told jurors Monday she was a middle school classmate of Jane’s and that Jane introduced her to Kelly in 1998 when they were 14 and Kelly was around 30.

When she was at Kelly’s Chicago home later that year, Pauline said she was startled to walk in on Kelly and a naked Jane in a basement area. She said Kelly told her that “we all have secrets” and that this is “our secret.”

Pauline several times told jurors she had loved Kelly. But, as a 37-year-old mom, she said she now had a different perspective.

“If somebody did something to my kids, I’m killing ’em. Period,” she said. 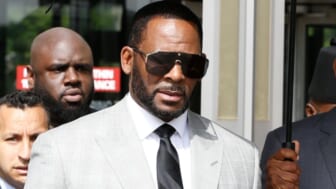 Kelly sexually abused her over 100 times, starting when she was 14, and they first had intercourse when she was 15, she testified.

Under cross-examination, lead Kelly lawyer Jennifer Bonjean accused Pauline of being imprecise about how many times she had sex with Kelly when she was underage.

“Whether it is once or twice, what’s wrong is wrong,” Pauline shot back.

The second accuser to testify Monday, referred to only as Tracy, said she was introduced to Kelly when she was 16 by a boss at a record company she was interning for in 1998. Tracy told jurors she repeatedly rebuffed Kelly’s advances.

At a room in Kelly’s Chicago studio, she recalled telling him after he began pulling her close to him, “You know I’m 16?” Minutes later, when he “exposed himself… I tried to pull back but he had a hold of my shirt,” Tracy testified.

On another occasion, she described Kelly coming into a hotel room where Tracy was staying and yelling at her for having clothes on under her bathrobe.

“I told him I didn’t want to have sex,” she testified.

But she said Kelly ordered her to get into the bed with him anyway and that at several points used force to sexually abuse her. She said she first had intercourse with Kelly when she was 16, then dozens of times when she was 17 and 18. 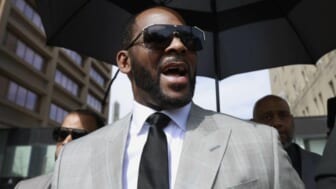 Tracy began to cry on the stand Monday as she began to tell jurors about the day Kelly walked into a room where Tracy had been waiting. Kelly arrived with Jane.

“I was really confused and just really angry,” she recalled. “I just didn’t really think there was anyone else but me and Rob.”

Kelly’s 2008 trial revolved around a video that state prosecutors said showed Kelly abusing Jane. But after acquitting Kelly in 2008, jurors said they had no choice because the girl did not take the witness stand at that trial.

Jane did testify at the current trial, saying she was the child in the video and Kelly was the adult man.