There are no qualifiers needed. Serena Williams is the greatest athlete of all time, and here are a few reasons why

OPINION: As we tune in Friday night to watch Serena play at the U.S Open, remember, you are witnessing a goddess in human form. 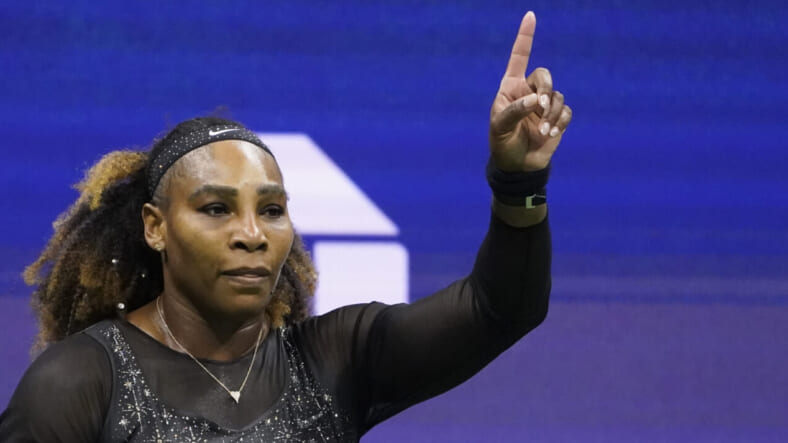 Serena Williams, of the United States, admonishes the crowd for booing a close call that went in favor of Anett Kontaveit, of Estonia, during the second round of the U.S. Open tennis championships, Wednesday, Aug. 31, 2022, in New York. (AP Photo/John Minchillo)

On Friday night, tennis star Serena Williams will face Ajla Tomljanovic in the third round of what will likely be her final U.S. Open appearance, as she “evolves” to the next stage of her career as a mom, entrepreneur and philanthropist.

Born in Saginaw, Mich., and raised in Compton, Calif., Williams started playing tennis at 4 years old and has been playing professionally alongside her older sister Venus (also a phenom in her own right) since she was 14. In that span of time, the almost 41-year-old has won 23 Grand Slam titles. Her name has become synonymous with the sport of tennis. It’s not up for debate; you can’t even talk about the sport of tennis without mentioning Serena and the impact she and her sister Venus have made on the sport. 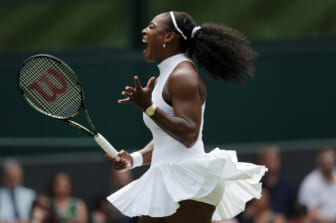 Whether she wins or loses Friday night, she is going to go down in history as theeeeeeeee greatest. Please don’t bother to @ me. I will be too busy cheering her on and giving our queen her flowers.

But for the doubters out there, would you like to know what makes her so special? Let me outline it for you.

Have you ever watched Serena on the court? It is almost as if she has a choreographer who plots out her moves for her. She is aware of the ball and her body at all times. She moves around the court with a speed and gracefulness that almost makes it look easy. Almost.

Serena has suffered numerous injuries over the span of her career, and like the Bionic Man, each time she comes back better and stronger than ever, kicking everyone’s ass as she goes. It is a marvel to watch. I only wish I had been fortunate enough to see her play in person because I am sure the television screen does her no justice. Awesomeness at that level needs to be seen in person.

Also, remember that time she won the Australian open while she was about eight weeks pregnant with her daughter Olympia?

Serena has the body of a goddess and the fashion sense to match.

Pardon me as I objectify our good sis for a moment. I am doing this because Black women have been shamed for our bodies for so long, only for white women to go and get surgeries that mimic the features we have naturally.

Serena is a STALLION, and she shows it off perfectly with the outfits she picks to play in. Who can forget the catsuit? Remember when they tried to penalize her for her outfits? That was mad haterism.

I’m sure it’s very intimidating to see a thick, Black goddess facing you from across the net in her Wakanda catsuit ready to unleash all her power on you through the racket she wields in her hand. Yeah, I would be scared, too.

My point is that her athleticism plays a big role in the way her body looks, and even after having a baby, she still kept it tight and looks good every time we see her. Her outfits are on point; her hair is always on point, and she is always on point. PERIODT.

She became the face and voice for Black women who have to advocate for themselves in the U.S. healthcare system.

Serena has been very open about the near-death experience she had while delivering her daughter Olympia. Her daughter was born through an emergency C-section. The surgery went fine, and the baby was healthy and happy, but then Serena began experiencing symptoms she was all too familiar with, having suffered from blood clots before. She alerted the nurse to what she thought might be happening, but the nurse thought maybe it was the pain meds talking to her. For the next six days, she had to fight with medical staff to get them to listen to her and get the treatment that she needed to prevent her from dying.

It’s a sad tale that all too many Black women are familiar with. Doctors don’t listen to us, even when we know what we are talking about.

In Serena’s case, things worked out in the end, and her being so open and vocal about it helped to further the conversation about the disparities Black women face in the U.S. healthcare system.

Serena is unapologetically herself at all times.

Serena has been called every name in the book. People have likened her to the ugliest things, and still, she rises. She has managed to keep her head held high and is always unapologetically herself, even when it makes others uncomfortable. You have to respect that. 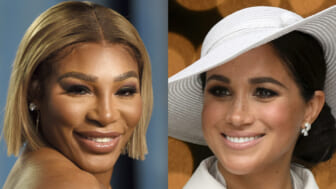 In a world where celebrities and athletes get bullied into compressing themselves and becoming what white America wants them to be, Serena has stayed true to her Rosecrans and Atlantic (IYKYK) roots and remained that girl from Compton. The beads and the braids might be gone, but the girl from the hood is still there, and I love that for all of us.

You can’t shake her. Even when they throw what they think are “difficult” questions at her, she dusts off her shoulders and gives them the straight no chaser.

Tonight, as we all tune in to watch what happens, remember that you are witnessing a goddess in human form.

Serena Jameka Williams. The GREATEST OF ALL TIME.