Cox and Wallace provided the story for the comedy series about a car wash owner dealing with his estranged son returning home 17 years later as a trans-woman.

“Clean Slate” will be a half-hour comedy series centered around Henry (Wallace), an old-school and outspoken car wash owner residing in Alabama who is happy that his estranged son is returning home after 17 years, according to Deadline. However, Henry is surprised to learn that his son returns as a trans-woman, Desiree (Cox).

This formal order for “Clean Slate” came after the show was initially announced in 2020 as part of NBC Universal’s development lineup. Amazon Freevee then took on the series for development in 2021. Emmy Award-winning Cox co-wrote the story of the show with celebrated stand-up comic Wallace. Dan Ewen wrote the pilot episode.

Wallace and Paul Hilepo are producing “Clean Slate” while Cox and Ewen are co-executive producing the comedy series with Lear and his Act III partner, Brent Miller.

Lear, who turned 100 on July 27, has produced and written some of the most successful comedy series in television history, including classics like “All In the Family,” “The Jeffersons,” “Good Times,” “Sanford and Son,” “Maude” and “One Day at a Time.” 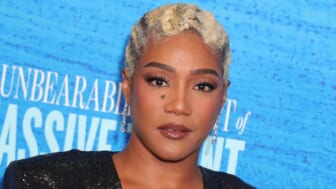 In addition, Act III is producing an animated version of “Good Times” for Netflix. Further, Act III rebooted “One Day at a Time” in 2017. During its four-season revival, the show won three Emmy Awards, adding to the two Emmys it won during its initial run.