The two actresses sat down with theGrio ahead of the seventh and final season of Ava Duvernay's hit series on OWN.

The final season of “Queen Sugar” has begun. The long-running hit series from Ava DuVernay had its premiere this week on OWN, bringing viewers the last batch of episodes they’ll have in Louisiana with the Bordelon family.

Last week, theGrio caught up with actresses Bianca Lawson and Rutina Wesley and got their thoughts regarding the end of the series, what the legacy and impact of a show like “Queen Sugar” will be, and more.

“I’m excited,” gushed Wesley, who has played fan-favorite Nova since Season One. “I hope people are satisfied, because you know how people get with the ending of shows! I just hope people are engaged enough to be supportive of the work and that they love it.”

As for dealing with the end of “Queen Sugar” personally, she told us she is “still processing.”

“It’s gonna take me some time,” she explained. “I was telling people it’s probably gonna happen when February comes around next year, Mardi Gras time, when I start thinking about the show and how I would be going to New Orleans. I think that’s probably when I’m gonna cry, because I haven’t quite cried yet!”

“It’s still very much just on my mind and on my heart,” Wesley added. “Like my body is physically still processing it.”

For Lawson, who also has appeared on the show as Darla since its first season, the feeling is bittersweet, especially considering they got to end the series on their own terms.

“On the one hand, you don’t necessarily want things to go on and on and on forever because then you become stagnant there,” said Lawson. “So I think seven is a great number … I think a lot of shows don’t get to make it to seven seasons, so it’s a blessing. I don’t feel sad about it!”

“I feel like we all put blood, sweat and tears into the work,” she continued. “It’s been an extraordinary experience, ya know? And I’ve improved as an artist, and I’ve been challenged in different ways.” Still, Lawson says she may not know just how much she’ll miss it until February rolls around, and they don’t pick up filming for another season.

While the two actresses are still processing the end of “Queen Sugar,” they’re beginning to understand the impact the show has had not only on the industry, but also on the television landscape as a whole. One of the longest-running dramas to center on a Black family, “Queen Sugar” has changed the game.

“When you realize it has this real-life impact on people,” Lawson shared. “Because I know certain movies have done that for me, right? Where I’m like, ‘Oh, this makes me feel not so alone in what I am going through.'” She also credits the writing and richness of the characters, saying, “they each are unique. I think we don’t see that enough, like all the different variations of the Black experience. That is amazing.”

Hearing first-hand accounts from the fans of “Queen Sugar” is what Wesley focuses on when thinking of the show’s impact.

“I knew it was touching people, and that’s how I knew we were doing good work,” she explained. “I would be like, ‘Oh, you’re really watching?’ They’re like, ‘Oh no, no, no! Not only are we watching, we’re healing!'” 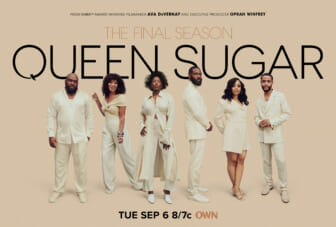 Also Read:
5 things to expect from the final season of ‘Queen Sugar’

“It’s beautiful,” said Wesley. “Like I said, you don’t expect to sometimes be on a show that’s gonna be so impactful, especially in the Black community. Me being a part of it has been just amazing. I think the impact it’s had is huge. I mean, I think it’s one that goes down in the history books. Our show … wasn’t like any other, if that makes sense?”

Lawson also thinks the series is historic, and predicts it will age well.

“You know there’ll be like an album that didn’t win any awards, and nobody talks about it, and then the future happens, and it’s like, ‘Oh my God! They’re a genius!'” she said. “Like, it’s the greatest album of all time, but nobody got it at the time. I feel like that’s gonna happen with ‘Queen Sugar.’ Like the future is gonna happen, and suddenly, it’s gonna be like, ‘Oh my God. That was so groundbreaking.’ We couldn’t fully understand what it was doing at the time, but now we see the impact on culture.”

Check out the final season of “Queen Sugar,” currently airing Tuesdays at 8 p.m. ET/PT on OWN.