The study involved 4,375 adult patients of which 2,031 self-reported as Black people.

A new study has found that forehead thermometers are less accurate than oral thermometers in detecting fevers in Black people, the news arm of Emory University — Emory News Center — is reporting.

The findings appear in the Sept. 6., 2022 edition of the Journal of the American Medical Association (JAMA).

“This is an important finding because health systems routinely use fever cut-offs to alert or notify team members about care pathways, such as sepsis alerts to deliver timely triage and antibiotics. If fevers are going undetected, then alerts are not being activated,” said the study’s lead researcher, Sivasubramanium Bhavani, assistant professor in the Division of Pulmonology, Allergy, Critical Care and Sleep Medicine at Emory University School of Medicine. “The differences in detection of fevers could lead to delays in antibiotics and medical care for Black patients.”

The authors note that while the forehead thermometers have been assessed in more than 100 clinical studies, they have not been widely studied on different races of people. For instance, they point out, it was not possible to make a determination about the temperature differences in Asian and Hispanic patients because of sample size and “potential selection bias.” 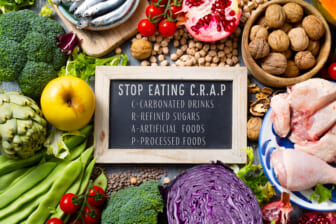 Still, the findings raise questions about the accuracy differences between Black people and white people. Researchers noted two reasons. One is improper forehead scans. The second is associated with differences in skin pigmentation, which may adversely affect the thermometer’s “ability to emit light, radiation or heat,” NPR reports.

But a separate National Institutes of Health (NIH) study, according to NPR, found no “significant” variation in skin emissivity in different skin tones.

Regardless of the reasons for the accuracy gap in the methods of checking temperatures, they can cause delays that can result in higher death rates in Black patients, the researchers found, according to NPR.