U.S. Reps. Bennie Thompson and Kweisi Mfume, who sit on the nation's top congressional committees on national security, tell theGrio there is a great need to strengthen U.S. intelligence.

As the country remembers the 9/11 terrorist attacks that forever changed the United States and its national security, members of Congress who lead on issues of homeland security and government oversight tell theGrio there remains a great need to strengthen U.S. intelligence to protect millions of Americans.

U.S. Rep. Bennie Thompson, D-Miss., who serves as the chairman of the House Committee on Homeland Security and the Select Committee to Investigate the January 6th Attack, says the events of 9/11 exposed a “colossal intelligence failure” in the United States.

The congressman said America’s vulnerable intelligence system at the time was as if “the right hand didn’t know what the left hand was doing.” 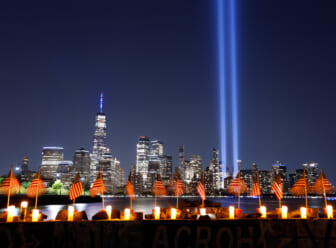 Also Read:
African-American Mayors on 9/11 Day of Service: When we lift up our communities, we are stronger

Twenty-one years ago today, three commercial U.S. planes were used as missiles to pierce and demolish American buildings, striking at the heart of the nation – the Pentagon in Washington, D.C., and the famous twin towers in New York City. A fourth plane that was thought to be on its way to D.C. was also downed in Shanksville, Pennsylvania.

Thompson told theGrio that there was a clear lack of communication and intelligence gathered by government agencies that could’ve prevented the 9/11 attack. The senior Democratic lawmaker noted that the CIA had information that individuals were perhaps coming into the U.S. to learn how to fly an aircraft and trained enough to know how to “weaponize” planes. Yet somehow “the FBI never got the communication,” said Thompson.

The 9/11 attacks launched the creation of The U.S. Department of Homeland Security (DHS) under Republican President George W. Bush as a cabinet department. Thompson remembered the U.S. government acting in “record time” in response to 9/11.

“Democrats and Republicans came together overnight … to create a defense mechanism that would protect the homeland,” he said.

DHS incorporated a historic 22 agencies, including the U.S. Secret Service, Immigration and Customs Enforcement (ICE), Customs and Border Protection, and the Transportation Security Agency (TSA), which Thompson noted is now in 450 airports across the country.

Before the creation of the nearly two dozen agencies under the DHS umbrella, Thompson points out that intelligence was not integrated among many agencies before 9/11 – and continues to be a challenge today.

Thompson, who has become the face of accountability for the 2021 Capitol attack on Jan. 6 as his committee continues to investigate former President Donald Trump, as well as Trump’s former staff and supporters, pointed out that an FBI field office in Norfolk, Virginia, had intelligence information leading up to the attack that was not disseminated to other law enforcement agencies.

Thompson believes if that information had been shared about Jan. 6, it could have changed the violent and deadly events of that day. Some Capitol Hill lawmakers believe there is a direct connection between the 9/11 and Jan. 6 attacks, which are undoubtedly two of the worst terror attacks in U.S. history. That thread revolves around national intelligence.

As lessons learned are at the forefront when thinking about protecting the nation from future attacks like the ones seen on 9/11, Thompson says as far as Jan. 6, the Capitol must be fortified even as the public building remains open as “the people’s house.”

U.S. Rep. Kweisi Mfume, D-Md., who was president of the NAACP at the time of the 9/11 terrorist attack, told theGrio he’d “never forget” learning about the tragedy during a staff meeting. 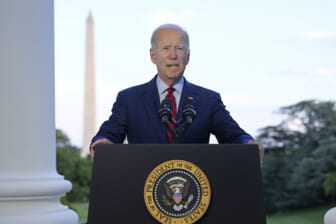 “I got interrupted in the middle of that staff meeting by someone who said, ‘Can you step outside for a minute? And I did. And they immediately pointed to the television screen,” recalled Mfume. “I went back in, alerted my staff, dismissed them, asked them to all be prepared to come outside of the building, because I didn’t know if the attacks were going to be broad-based, not just on government buildings, but on other buildings – in this case, the civil rights headquarters of the NAACP.”

At that time, the NAACP was headquartered in a multi-story, historic building in Baltimore, Maryland. When asked what he believes is the greatest threat facing the country, Mfume cited ”the loss of intelligence and having our intelligence community compromised.”

The congressman, who sits on the House Committee on Oversight and Reform, pointed to the most recent FBI seizure of top secret documents found at Trump’s private Mar~a-Lago home in Florida.

Rep. Mfume noted that had the documents – which contained “highly sensitive information from our intelligence community” –  fallen in the wrong hands, it would have risked the lives of people who are “undercover doing their jobs because they would have been exposed.”

Mfume said concerns shared by him and many others regarding classified documents found at Trump’s Mar-a-Lago residence are not about politics, but about the national security of the United States.

“That’s just too much sensitive information regarding the security of this country. And without it, things like 9/11 and other kinds of incidences can and probably will be attempted,” he said.