Barber and children's book author J. Dilliard discusses the inspiration behind his popular series, being a “barberpreneur,” and his advice for aspiring authors.

It is the dawn of a new era for the book industry, and J. Dillard is one of the newest voices diversifying children’s literature.

His signature character, “J.D.,” is the 8-year-old barber and main character of Dillard’s J.D. the Kid Barber series. In the collection of illustrated children’s chapter books geared toward kids ages 6 to 8, he navigates the worlds of hair, beauty and identity through the lenses of family, health and finance. Thus far, the series features three titles: J.D. and the Great Barber Battle, J.D. and the Family Business, and J.D. and the Hair Show Showdown.

With illustrations by artist Akeem S. Roberts, each book in the series is loosely based on Dillard’s childhood in Meridian, Miss. Each volume is also intentional in its positive depictions of a young Black boy and his family.

“We’ve been getting great rave reviews from parents, librarians, teachers, superintendents, [and] the regular community,” Dillard told theGrio. “It was something that I wanted to … put forth because I want [Black] kids to be able to see themselves on the front cover of a book and at the same time have the ability to see themselves going forward within a career like this.” 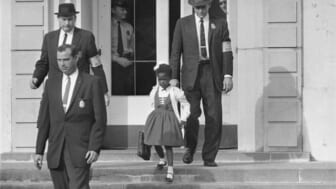 Similar to his main character, Dillard’s own barbering career began in 1999 after his mother’s failed home haircut attempts resulted in him being bullied at school. His passion flourished into a profession, leading to him opening his first barbershop while still enrolled as a student at Tuskegee University and continuing with his 22-year career traveling the world as a “barberpreneur.” For Dillard, being a barberpreneur allows him to showcase his work while teaching classes throughout the industry and assisting the entrepreneurial efforts of small- to mid-level businesses.

In 2015, he officially put his writing skills to the test and submitted his first story, “Follow Your Clippers” to a publishing company. The story followed a master barber who was helping a single mother with her child. After reviewing the story, the publishers pushed him to write something better. He researched and worked hard at his new craft, writing the first book in the J.D. the Kid Barber series in 2017. Dillard was offered a major publishing deal with a Penguin Random House imprint in 2019.

His book series not only adds to the diversification of the children’s book industry but also acts as an extension of the safe spaces traditionally created in barbershops and salons.

“Being a former shop owner and prior to social media, I used to always tell people the barber shops and beauty salons were the original social media outlet,” he said. “You get your religion. You get your gossip. You get your politics. You get the camaraderie. Everything was right there.” 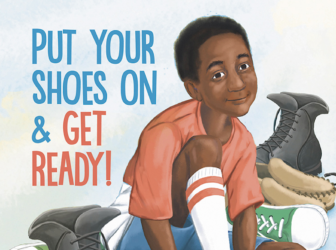 Dillard aims to blend his personal experiences and important life lessons with comedy to inspire, uplift and instill values into children through his books—and perhaps encourage a few new writers along the way. For both young and old aspiring authors and/or entrepreneurs, he advises them to begin to talk about their ideas with a trusted group of supporters and write them down.

“Pen versus pad,” he said. “If you can think it, you can envision [it, and] you can begin to write it down.”

As for the future of J.D. the Kid Barber, Dillard is planning to continue the series, and it is already reaching new audiences. Spanish editions of the books are now available for pre-order, and a potential holiday installment is in the works for winter 2024.