Parents and students who saw the recording expressed concern about it.

Parents and students in Georgia are dismayed that a white principal used the N-word while comparing it to a slur about white people, NBC News reports.

On Friday, a student at East Forsyth High School in Gainesville secretly recorded principal Jeff Cheney uttering the offensive term in front of him and two staff members.

According to Forsyth County News, the district said in a statement that Cheney was meeting with the student about the teenager’s “continued use of offensive language,” such as the word, “cracker.”

In the video, according to Forsyth County News, the student asks Cheney, “What am I calling you that is so bad?”

“Cracker,” Cheney replies. “Cracker is slang for white and it’s the antonym to [the full N-word], which is a very offensive comment …. It’s like almost saying that to a white person. And so we don’t want kids using the term cracker here.” (The Urban Dictionary defines cracker as  racial slur used to describe “white trashiness.”)

Parents and students who saw the video expressed concern. One spoke about how it affected her child, according to Forsyth County News. “My daughter is half Black, so it really upset her. “[I’m] angry that [Cheney] would feel comfortable enough to say that,” Holly Evatt said. 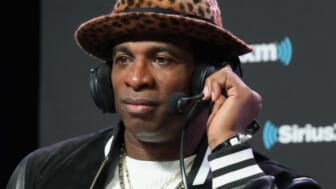 “Just outright say it without any hesitation right in front of a student. In front of anybody anyways, but at work and around children and he outright just says the word. To me, that could have just as easily been my daughter that he did that to,” Evatt added.

An East Forsyth High junior, who requested anonymity, expressed surprise. “It was unexpected,” the student said. “There were a bunch of things he could have said or substituted. He had no right just to say that in my opinion. It was kind of crazy.”

The district said Cheney “immediately recognized his mistakes in comparing the two words and using the full N-word,” noting that the goal of the meeting was to help the student to be more “sensitive and respectful to others.” 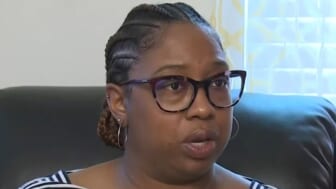 Cheney met with the student’s parents, the district’s statement said, to disclose what was said during the meeting and he apologized for his word choice.  “Students and adults make mistakes; Forsyth County School believes that we all can learn from our mistakes.”

The student will face “appropriate consequence” for the actions that led to the meeting with Cheney, according to the district’s statement.