Goatley follows in the footsteps of Mark Labberton, who is stepping down as president of Fuller Theological Seminary after 10 years.

David Emmanuel Goatley will be taking over as president of Fuller Theological Seminary, the largest interdenominational seminary in the United States, making him the first Black man to assume the position.

According to Religion News Service, Goatley, 61, who holds a National Baptist Convention ordination, received his Ph.D. from Southern Baptist Theological Seminary and is well known for his theological research on mission work. He will take over at Fuller in January after moving from Duke Divinity School, where he was hired in 2018 to oversee its Office of Black Church Studies and teach theology.

“Blessed with an extraordinary collection of life experiences, healthy drive, innovative spirit, relevant capabilities all seasoned with wisdom, he brings a track record of building up diverse leaders for Jesus across the globe,” said Compassion International Chief Executive Officer Santiago “Jimmy” Mellado, who served as chairman during Fuller’s presidential search, according to RNS.

Goatley said Fuller’s dedication to ministerial and vocational formation, willingness to work in residential, distant and hybrid education, as well as its “commitment to the world” were what attracted him to the institution.

“I rejoice that the Lord has called me to join this community of theological education and vocational formation at Fuller Seminary,” Goatley said, according to an article posted to the school’s website. “It is a distinct honor to be part of this family and to succeed distinguished predecessors in service as the sixth president.”

RNS reported that the soon-to-be president acknowledged the pressure on Christian theological education at a time when churches are closing, the proportion of Christians in the U.S. population is dropping and enrollment is down. Fuller, for instance, enrolled 2,458 students in 2021–2022, down from 2,788 in 2018-19. 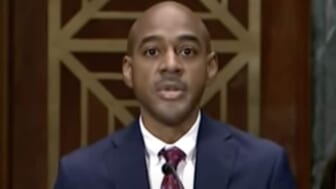 Also Read:
After 131 years, a Black man will be a judge on the U.S. Court of Appeals for the Sixth Circuit

Goatley also cited the “toxicity of the culture” and the cost and accessibility associated with theological education as difficulties he will encounter in leading the seminary.

“These are tough times for institutions to serve the church,” he said, according to RNS. “But we’ve been through tough times before. We won’t shrink from the challenge.”

Goatley follows in the footsteps of Mark Labberton, who is stepping down as president after 10 years — and who expressed the hope that his successor would be a woman or someone of color.

“For 75 years, Fuller Seminary has been blessed with uncommonly thoughtful, gracious, biblically rooted and culturally relevant presidents, and Dr. Goatley is another figure in this inspirational line,” said Dan Meyer, chair of the Board of Trustees, according to Fuller.

Radio evangelist Charles E. Fuller founded the institution in Pasadena, California, in 1947. The seminary’s two schools — the School of Mission and Theology and the School of Psychology & Marriage and Family Therapy — both offer master’s and doctoral degree programs. 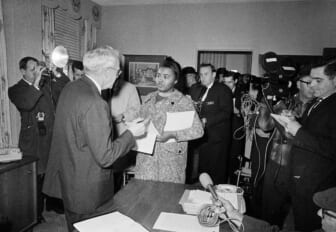 The seminary is viewed as being more progressive than some of its evangelical competitors. For instance, school administrators have permitted an LGBTQ student organization on campus while still upholding a traditional sex ethic in its code of conduct.

While its campuses in Orange County, Northern California and Washington state were closed in 2019, the seminary still maintains locations in Pasadena, Phoenix and Houston.

Meyer called Goatley’s appointment a “pivotal moment in history,” according to Fuller’s website.

“He will be a superb and groundbreaking leader of our vision to provide indispensable, formational education for Christian leaders everywhere,” Meyer added.