The unveiling celebration of Cicely Tyson Way on 101st Street and Third Avenue came about 20 months after her death at age 96.

Family and friends of the late actress, Cicely Tyson, gathered in East Harlem on Saturday to honor the Hollywood icon with a street-naming ceremony on the block where she grew up.

The unveiling celebration of Cicely Tyson Way on 101st Street and Third Avenue came about 20 months after the death at 96 of the award-winning actress who lived in a five-story walk-up at 178 E. 101st St.,CBS News reports.

“I want young people to understand when they walk on 101st Street and Lexington Avenue and they see Cicely Tyson … that you also have to fight for your community,” said Nina Saxon, a co-founder of the Cicely Tyson Street Naming Committee.

During the ceremony, which attracted elected officials and neighbors, 101st Street between Lexington and Third Avenues was closed to traffic, transforming the street into a stage where artists honored Tyson through song, poetry, and dance, according to Spectrum News NY1.

“We just wanted to really commemorate her contributions to the arts and just celebrate where she came and she lived,” said Debbie Quionones, an organizer of the co-naming celebration.

“My heart is warm that so many people came out to enjoy the day,” said Reginald A. Henry, Tyson’s nephew. “Initially my grandmother didn’t want her in show business. She called it quelbe [a style of music popular in the Virgin Islands]. When my aunt finally got her first recognition and award, she said, ‘See, momma, I made it.’” 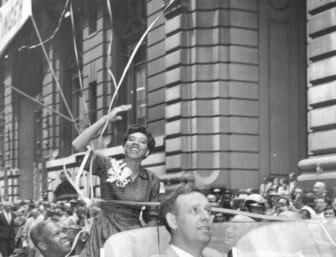 Tyson, born in 1924 to Caribbean immigrants in the Bronx before the family moved to Harlem when she was 3, enjoyed a career that began in the early ‘70s, spanning movies, TV and theater, NY1 reported.

Throughout her career, Tyson was recognized for her work. She was honored in 2019 with an honorary Oscar for her body of film work. She was nominated for an Academy Award for Best Actress in 1973 for her role as a sharecropper’s wife in “Sounder.” In 2013 at the age of 88, she won a Tony for “The Trip to Bountiful.” She received two Emmys, including one for her iconic role as the 110-year-old former slave in the 1974 television drama, “The Autobiography of Miss Jane Pittman.” 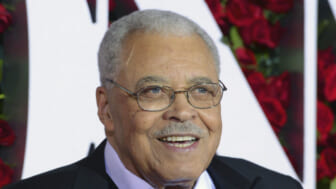 As previously reported on theGrio via The Associated Press, Tyson was a recipient of the 2016 Presidential Medal of Freedom, the nation’s highest civilian honor. At that ceremony, President Barack Obama said, “Cicely’s convictions and grace have helped for us to see the dignity of every single beautiful memory of the American family.”

East Harlem resident Barbara Diaz told NY1 that the street-naming ceremony was a unique experience for her. “I have never been to any unveiling ever and to be in the one with Cicely Tyson … AMAZING.”