OPINION: "The Woman King" should give Black audiences food for thought as they wade into culture wars around colorblind casting in projects like "The Little Mermaid." We are more than capable of establishing our own legends and franchises. 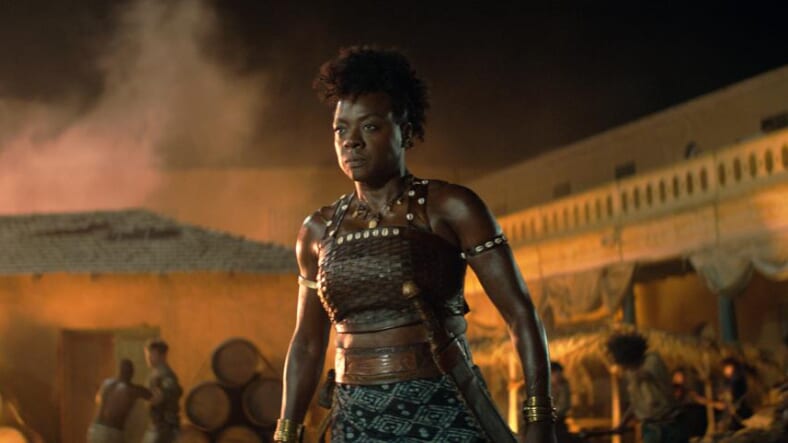 This past weekend, Viola Davis’ revisionist historical action epic The Woman King helped pull cinemas out of the box office doldrums with a strong $19 million opening, defying industry (and its studio’s) expectations while making history for a film headlined by a predominately Black female cast.

Even more impressive, the film scored a rare A+ from CinemaScore (the last film to receive this rapturous a reception was the biggest movie of this year, Top Gun: Maverick), which means audiences really dug the movie, and with little serious competition in the coming weeks, it should have long legs and is expected to be a profitable hit considering its modest (by today’s standards) $50 million budget. 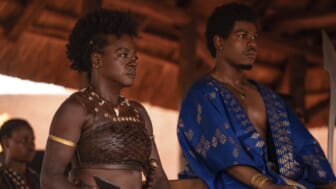 The success of any film is the result of the efforts of so many people, not to mention advertising, timing and just plain luck. But, the significance of Viola Davis’ role here cannot be understated. Over the course of her storied career, she has completely upended conventional wisdom about who is and who can be a bankable movie star.

She is a 57-year-old, dark-skinned Black woman who can sell tickets on the strength of her name alone and it doesn’t necessarily have to be part of a pre-established universe or intellectual property. She has seamlessly transitioned from being an acclaimed character actress into a fully-fledged leading lady on both the big and small screen, who has balanced successful prestige roles in films like Widows, Ma Rainey’s Black Bottom and Fences (for which she won a long overdue Academy Award) with blockbusters like the Suicide Squad movies.

And she has done all of this without ever diminishing her brand with performances or projects that are beneath her standards of excellence.

The example she has set here with The Woman King should give Black audiences food for thought as they wade into culture war battles around colorblind casting in projects like The Little Mermaid, the Marvel movies and the new Lord of the Rings and Game of Thrones television series. Of course, there is something to be said for racial representation in big legacy titles that have a surefire built-in audience. And it is hard not to be moved by the viral videos of young Black girls beaming with pride at the sight of Halle Bailey in the iconic role of Ariel. But we needn’t always fight to reprise legendary roles previously occupied by white actors (or white cartoon characters) when we are more than capable of establishing our own legends and franchises.

We also should absolutely call out and push back against the bigoted bile being spewed by racists (who are unintentionally telling on themselves) who are apoplectic about the idea of a person of color seemingly being in anything. But the fact is, for decades, people of color have made up a disproportionate number of moviegoers and we have every right to demand that the movies start to reflect the audience that is going to see them. In other words, the movies need us right now more than we need them.

According to reports, The Woman King—which is also helmed by a versatile Black female director, Gina Prince-Blythwood (Love & Basketball)—was seen by 1.4 million moviegoers this past weekend. Its audience skewed older, predominantly over 25 years old, which is also an impressive feat since this demographic is infamous for not turning out on opening weekends and have been the least willing to return to theaters amid the pandemic.

Additionally, the audiences were 58 percent female and 56 percent Black, which suggests that not only did the movie capture its target audience, but there is room for more growth as well once word of mouth continues to spread.

This does not mean that the movie is not without its detractors. Despite mostly rave reviews for the film from audiences and critics, there has been opposition to some of the liberties the 1820s-set story takes with its interpretation of historical events, as well as its alleged whitewashing of its heroes’ role within the slave trade. But this controversy doesn’t diminish what Davis has achieved, not just from a commercial standpoint but an emotional one as well.

“I think people have a tendency to say, we only represent a certain percentage of the box office,” she recently told Variety. “We know Black women. We know they’re going to bring people they work with, spouses and families, and come back five or six times during the weekend. We are in an industry that doesn’t see the power Black women have at the global box office.”

This is far from the first time that an unappreciated and underserved audience of Black women has demonstrated their power. From Waiting to Exhale to Hidden Figures, recently Hollywood history is littered with examples of films about and starring Black women that crossed over to become substantial commercial hits. And yet, the industry doesn’t consistently learn the right lesson when these movies breakthrough.

That means the onus is yet again on audiences to come out and show their support when films like The Woman King get made—because right now, they rarely do. And the more profitable they become the more studios will be willing to take what they consider a risk on something or someone we knew was fantastic all along.