This is the institute's first in-person awards gala, honoring achievements of Africans and African descendants across various industries, since the COVID-19 pandemic.

This was the first AAI awards gala held in-person since the COVID-19 pandemic. The theme of the 2022 gala was “Africa in the World,” highlighting honorees who use their platform to provoke change in various industries and media locally and internationally.

Bonetti received The Ambassador for African Cinema Award. As founder and executive director of the African Film Festival, Bonetti helps provide Black storytellers with a platform to express their creativity and control their own narratives. She said she was “profoundly grateful and deeply humbled” by the award. 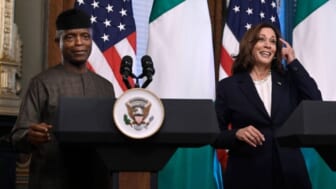 Assefa was up next, receiving the Science and Technology Leadership Award. As vice president of IBM Research, Assefa has pushed the development of technology that aids in health care and life sciences, climate change migration and nanotechnology.

Assefa spoke with theGrio before the ceremony about how important it is for more Africans and African Americans to get involved in science and technology through exposure to the people in the diaspora who are already doing so while calling for them to mentor the youth.

“We need more role models and people who can showcase our success in leading science and technology, and leading a team of a researchers and scientists,” he said. “At this point in time, we have some good examples. So, we need to showcase the fact that us, from Africa, from the diaspora can actually lead in this area.”

Meanwhile, Kibaara is the director of The Rockefeller Foundation’s food initiative. Her work in strengthening food security and championing the agriculture sector are responsible for her Distinguished Alumna Award. She leads the Good Food Strategy, a program that implements an equitable and regenerative food system to improve dietary quality.

“This award came as a surprise to me,” Kibaara said in her acceptance speech. “The little girl in me from Eastern Kenya could not have dreamt of a moment like this.”

Providing the entertainment for the evening was classical singer Abiodun Koya. The Nigerian-born vocalist delighted the audience with a lush and lively melody of “The Sound of Music.” Koya’s vast vocal range sounded lovely as she sang renditions of show tunes like “Do-Re-Mi,” “Edelweiss” and “Climb Every Mountain.” 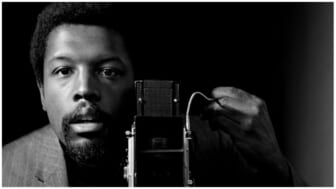 Masisi, who has served as the fifth president of the Republic of Botswana since 2019, accepted the night’s final honor — the National Achievement Award. Under his administration, Botswana has worked diligently to be an active public servant to the nation’s citizens.

“Since taking office, I’ve committed to work with all of my heart to put the people of Botswana at the epicenter of my government agenda,” Masisi said in his acceptance speech. “Despite the global challenges of COVID-19, the people of Botswana have continued to place their trust in me and my government. Peace and unity have been the bedrock of our democratic nation.”