After a court officer read out charges including torture, unlawful imprisonment and persecution, Said told a three-judge panel: “I have listened to everything and I am pleading not guilty.”

THE HAGUE, Netherlands (AP) — An alleged senior leader of a predominantly Muslim rebel group that ousted the president of Central African Republic in 2013 pleaded not guilty Monday to seven counts of war crimes and crimes against humanity at the International Criminal Court.

A court spokesman said the opening of the trial of Mahamat Said marked the end of a long wait for justice for victims in the mineral-rich but impoverished Central African Republic.

The country’s people “have been already waiting a long period of time. It is almost nine years now,” to see a member of the Seleka rebel group stand trial at the global court, spokesman Fadi El Abdallah told The Associated Press. 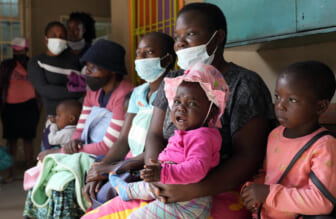 After a court officer read out charges including torture, unlawful imprisonment and persecution, Said told a three-judge panel: “I have listened to everything and I am pleading not guilty.”

Said, 52, is accused of running a detention center in the capital, Bangui, called the Central Office for the Repression of Banditry, from April to August 2013 where he and dozens of Seleka rebels allegedly held prisoners perceived as supporters of ex-President Francois Bozize in inhumane conditions and subjected them to torture and brutal interrogations including whipping and beating them with truncheons and rifle butts.

The court’s chief prosecutor, Karim Khan, told judges that his team would prove Said’s guilt at a trial that is expected to last months. Prosecutors are expected to call 43 witnesses.

“By the end of this trial, you will be convinced that in relation to all seven counts Mr. Said will be found guilty,” Khan said.

He said that Said was “not a passive spectator” but an active participant in crimes, hunting down civilians and bringing them to the detention center “knowing exactly what he had planned for them, what a nightmare awaited them under his control and custody.”

Defense lawyers are scheduled to make an opening statement after the prosecutors have finished.

Fighting in Bangui in 2013 between the Seleka rebels, who seized power from Bozize, and a mainly Christian militia called the anti-Balaka left thousands dead and displaced hundreds of thousands more.

The Hague-based court has also detained two alleged commanders of the anti-Balaka, Alfred Yekatom and Patrice-Edouard Ngaïssona, who are standing trial together.

“For 10 horrendous months, the Seleka ruled Bangui,” Khan said. “To say they governed would be an abuse of the English language. They ruled by diktat, by fear, by terror.”

Khan said the name of the detention center was a misnomer.

“This was no office to repress banditry. This was no location to assess any criminal conduct,” he said. “This was a torture center designed as such to spread terror, hardship and pain.” 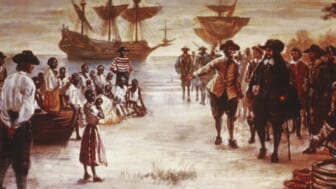 Also Read:
Dutch reportedly plan apology for slavery, launch of a legacy fund this year — or maybe next year

Sarah Pellet, a lawyer representing victims in the trial, said that the “screams of the tortured prisoners they heard … still echo in their heads today.”

She said that “the suffering inflicted on the victims we represent is such that words cannot describe it. Over time, their scars have for the most part faded, but they still suffer in their flesh and their minds.”

Khan told judges that witnesses in the case would include survivors and witnesses of torture, including “insider” witnesses who worked with Said.

Khan showed a photo of a young man who was trussed up in a method of torture used at the camp. The image showed deep lacerations in the man’s arms.

“Years later, it is all too apparent. Marked for life because the prosecution allege Mr. Said did not intervene, did not protect, did not lift a little finger or use any iota of his authority to alleviate their suffering. Rather, he deliberately exacerbated it in any way he could.”