The law signed by Gov. Gavin Newsom was one of many efforts to limit California’s cooperation with the federal government as then-President Donald Trump imposed hardline policies on immigration enforcement.

SACRAMENTO, Calif. (AP) — A larger panel of the 9th U.S. Circuit Court of Appeals on Monday again blocked California’s first-in-the-nation ban on for-profit private prisons and immigration detention facilities, finding that it is trumped by the federal government.

A three-judge appellate panel last year rejected the 2019 state law that would have phased out privately run immigration jails in California by 2028. The law would have undermined a key piece of the nation’s detention system for immigrants.

The law signed by Gov. Gavin Newsom was one of many efforts to limit California’s cooperation with the federal government as then-President Donald Trump imposed hardline policies on immigration enforcement. But the Biden administration continued the U.S. government’s opposition to the law on constitutional grounds.

The 11-member appellate panel said the state law is preempted by the federal government under the U.S. Constitution’s “supremacy clause.” It sent the case back to the trial court for a decision on other legal arguments.

The Geo Group Inc., which operates two such facilities in California, sued to block the law. Neither Geo nor U.S. Immigration and Customs Enforcement immediately commented on the ruling. 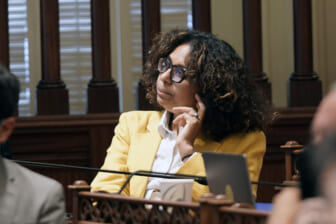 “AB 32 would prevent ICE’s contractors from continuing to run detention facilities, requiring ICE to entirely transform its approach to detention in the state or else abandon its California facilities,” Circuit Judge Jacqueline Nguyen wrote for the panel’s eight-member majority. “California cannot exert this level of control over the federal government’s detention operations.”

Bonta wrote the law when he was in the state Assembly. His office said it is still reviewing the decision but is “deeply disappointed” by the decision. The law “was enacted to protect the health and welfare of Californians and recognized the federal government’s own documented concerns with for-profit, private prisons and detention facilities,” his office said in a statement.

Two of the eight judges agreed with Nguyen on only part of the majority’s ruling. 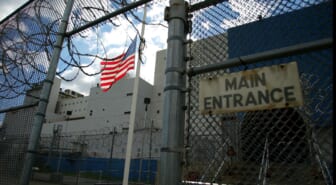 Also Read:
America’s business of prisons thrives even amid a pandemic

And three of the panel’s 11 members dissented from the majority ruling, with Chief Judge Mary Murguia holding that the law is valid “because it neither directly regulates nor discriminates against the federal government.”

Both she and Nguyen are appointees of President Barack Obama.