Prosecutor who worked on renewal of Emmett Till case dies

Joyce Chiles died of lung cancer Thursday at a hospital in Ruleville, a coroner told the Greenwood Commonwealth. She was 67.

GREENWOOD, Miss. (AP) — Funeral services were held Monday for the Mississippi prosecutor who worked on one of the renewed investigations into the 1955 lynching of Black teenager Emmett Till, a killing that galvanized the civil rights movement after his mother insisted on an open-casket funeral so people could see her son’s mutilated body.

Joyce Chiles died of lung cancer Thursday at a hospital in Ruleville, a coroner told the Greenwood Commonwealth. She was 67. Services were Monday in Itta Bena.

Chiles was elected in 2003 as district attorney for three Mississippi Delta counties — Leflore, Washington and Sunflower — and served one term before deciding not to seek reelection. She was the first Black person, and the first woman, to hold the position.

In 2007, Chiles presented evidence to a grand jury of Black and white Leflore County residents after investigators spent three years re-examining the killing of Till. The FBI exhumed Till’s body to prove that he, and not someone else, was buried at his gravesite in the Chicago suburb of Alsip. The grand jury declined to issue indictments against anyone.

The FBI had reopened the case in 2004 after filmmaker Keith Beauchamp compiled a list of at least 14 people — Black and white — he thought had some role in the kidnapping, beating and slaying of Till. He went to the authorities with the names of five people who were still alive. The Justice Department said the statute of limitations had expired on any potential federal crime, but the FBI worked with state investigators to determine if state charges could be brought.

Chiles told The Associated Press in 2007 that the renewed investigation did not produce evidence to support indictments. 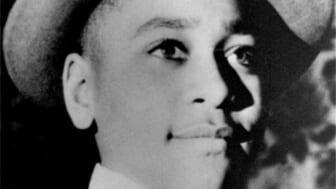 ″We are justice seekers and not head hunters,″ Chiles said.

Till, a 14-year-old Chicago resident, was visiting family in the Mississippi Delta in the summer of 1955. He and other young people went to a country store in the town of Money, and relatives have told the AP that Till whistled at a white woman working there, Carolyn Bryant. They denied that he touched her, as Bryant had claimed.

Four days later, white men kidnapped Till from his uncle’s home and killed the teenager, then dumped his body into the Tallahatchie River. The mutilated body was found days later, weighted down by a cotton-gin fan.

After Till’s funeral in Chicago, Jet magazine published a photo of his body.

A jury of white men acquitted Carolyn Bryant’s husband Roy Bryant and his half-brother J.W. Milam of murder charges a few weeks after the killing, but the two men later told Look magazine that they had abducted and killed Till.

In 2018, the Justice Department reopened an investigation after a 2017 book quoted Carolyn Bryant — by then known as Carolyn Bryant Donham — saying she lied when she claimed Till grabbed her and made sexual advances. The department closed that investigation in late 2021 without bringing charges. 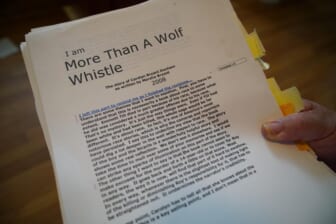 The FBI again reopened an investigation this year after people searching the Leflore County Courthouse basement found an unserved arrest warrant for Carolyn Bryant. In August, another Leflore County grand jury declined to indict her.

In the 2007 AP interview, Chiles said it would have been easy for members of the grand jury more than 50 years later to indict someone “based solely on the emotion and rage that they felt.” She commended them for not doing that.

Chiles said she had grown up on a plantation near where Till’s body was pulled from the Tallahatchie River.