Swizz Beatz, Busta Rhymes among hip-hop legends to be on final ‘Pass The Mic’

The final “Pass The Mic” episode will be a 30-minute celebration of hip-hop music between 1993 and 2003, a timeframe that Cassidy calls “the second golden age of hip-hop,” according to Variety. While the four previously named stars have been slated to appear, the rest of the 20-artist lineup will remain a secret.

Two years ago, Cassidy started “Pass The Mic” as an online music performance special for fans during the COVID-19 pandemic shutdown. The DJ presented this music celebration in a star-studded, round-robin medley style format in which he would play a hit song featuring the artist — appearing virtually — to sing along with it.

The Oct. 4 finale will mark the 10th official episode of “Pass The Mic.” While it started as an exclusive online series, it has evolved into an after-show edition to numerous televised award ceremonies, including the BET Awards.

“I’ve celebrated 220 legendary artists and 166 iconic songs in these 10 episodes,” Cassidy said. “I’ve always admired people like Michael Jordan who went out on top, and I feel like 10 is a nice, round number with which to conclude an epic run of musical celebration. And this episode being the final dream episode that I envisioned from the beginning, it seemed like the right time to close the curtain on the first generation of ‘Pass the Mic’ before I continue to expand the brand into new endeavors of celebration.” 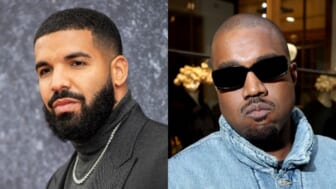 The forthcoming installment will be a sequel to the second episode of “Pass The Mic” in 2020. That installment celebrated hip-hop music from 1983 to 1993 and featured appearances from acts like Run-DMC, LL Cool J, Chuck D, Big Daddy Kane, Doug E. Fresh, Naughty by Nature and Salt-N-Pepa.