Dr. Dariush Mozaffarian, one of the task force co-chairs who contributed suggestions to the White House conference, said making someone 10 medically tailored meals every week costs roughly $93, or $4,500 per year.

The Biden administration has unveiled a plethora of fresh initiatives in an $8 billion-plus plan to eliminate hunger and minimize diet-related diseases and inequities. The list includes officially endorsing the “food as medicine” theory.

According to USA Today, the White House Conference on Hunger, Nutrition, and Health will make recommendations for a pilot program to include medically tailored meals – or meals that are personalized to one’s taste and medical needs – in Medicare Advantage plans.

The last conference of this kind was conducted more than 50 years ago, during the Nixon administration, and resulted in the extension of food stamps and other food assistance programs.

The fact sheet from President Biden’s conference states that “the White House announces a historic package of new actions that business, civic, academic, and philanthropic leaders will take to end hunger and to reduce diet-related disease.”

“I would be shocked and disappointed if ‘food as medicine’ weren’t a prominent part of it. It’s so promising,” he said, according to USA Today.

The conference comes after the creation of a free cooking class for Chicago residents. It is designed to close the life expectancy gap for Black people, which is frequently caused by chronic conditions such as diabetes, cancer and heart disease – all of which are manageable with the right diet, theGrio previously reported. The cooking class is not related to the White House conference.

In a time of such escalating chronic health difficulties and widespread inflation, experts say that revised food policies are urgently needed. At least 10% of the population in America experiences “food insecurity,” which is the condition of not knowing where their next meal will come from, USA Today reported. More than 40% of Americans are also obese, a direct result of the fact that the most easily accessible foods contribute to weight gain and poor metabolic health. 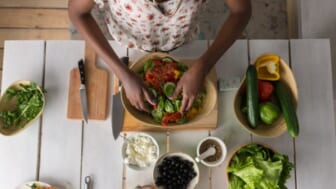 Meanwhile, obesity is linked to numerous health problems. USA Today reports that nearly half of the country’s “health care resources” go to the sickest Americans, who account for a low percentage of the population. Because of their conditions, several times a year they travel a circuit from the hospital to the nursing home, back home, then back to the hospital.

“Medically tailored meals have been shown to break that negative, vicious cycle,” Mozaffarian said. “They use the emergency room less, they get admitted to the hospital less, they go to nursing homes less, they feel better.”

He noted that Medicare and Medicaid have not officially determined that food constitutes a medical treatment, but all it would take to make it so is the secretary of Health and Human Services’ signature.

Offering medically tailored meals through these programs would certainly help those who are medically vulnerable like Bouba Diemé. After six years, the 35-year-old father of three and program manager has reached the top of the local heart transplant waiting list in the Boston suburb of Milton. His body needs to “be ready for the surgery,” since he could receive the phone call he’s been waiting for at any moment.

For this reason, Community Servings has once a week for the last four years been delivering five days’ worth of medically tailored meals to his home.

Diemé must maintain a stable weight and vitamin K levels within a specific range in order to maintain healthy blood flow. He said the food deliveries have aided in keeping him transplant-ready, while also allowing him to eat a wider variety of foods. “It’s one less variable to think about,” he told USA Today. “If I’m not eating properly, it can undo all the good work.”

According to Diemé, who started his own foundation, Heart of a Giant, to promote heart health, the tailored meals have taught him the proper portion size. 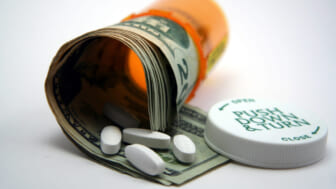 Many of the beneficiaries of the medically tailored meals in Massachusetts and parts of Rhode Island are elderly, dealing with several illnesses and unable to purchase or cook for themselves. Additionally, children with cancer who have parents who lack the resources or the time to guarantee that every calorie will sustain their vulnerable health also benefit.

David Waters, CEO of Community Servings, said the organization’s administrators learned early on that people who are ill and have no appetite won’t eat subpar food. That’s why the 32-year-old organization prides itself on preparing food that is superior to high school cafeteria meals.

Waters estimates that the expense of six months’ worth of food is comparable to that of a one-night stay in a hospital. According to Mozaffarian, that hospital stay can be as much as $20,000 while the annual cost of “customized meals” is $4,500, based on 10 meals a week at about $93.

He calculated that 6.3 million Americans would qualify for medically customized meals if they had a nutrition-sensitive condition and a physical restriction that prevented them from doing something normal, like shopping or cooking for themselves.

Pamela Schwartz, executive director for community health at managed health-care behemoth Kaiser Permanente, said her organization has recognized the advantages and is likewise in favor of meals that are specifically designed for medical needs.

“We, like others in health care, know that being healthy isn’t just the result of high-quality medical care,” Schwartz told USA Today. “When people are hungry or they lack proper nutrition or can’t get the food they need for a particular medical need, they’re less likely to get or stay healthy.”

Kaiser oversaw a “rigorous study” of 2,000 high-risk people who had recently been released from five of its hospitals during the pandemic. Patients with heart failure who received medically adapted meals were less likely to need to go back to the hospital after 90 days. 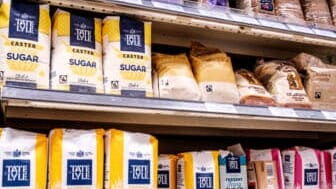 Dr. William Dietz, who oversees the Sumner M. Redstone Global Center for Prevention and Wellness at the Milken Institute School of Public Health at George Washington University, noted that the connection between nutrition and disease is poorly understood and not generally acknowledged.

“Medically tailored meals and its use in patients is really a microcosm of the broader need for a more balanced diet with an emphasis on fruits and vegetables for the general population,” he said, according to USA Today.