An investigation has begun after a Phoenix officer shot Ali Osman, a Somali man with a history of mental health issues, who they said threw rocks at their car.

A Somali man’s family is demanding justice and transparency after an Arizona police officer killed their loved one for allegedly throwing rocks at their patrol car.

According to NBC News, Ali Osman, 34, died at a Phoenix hospital following the shooting that took place Saturday evening. Police said in a news release that two patrol units driven by unidentified officers were traveling through the intersection at 19th Avenue and Tuckey Lane when unknown objects hit their vehicles.

An officer in one of the units got out to look around and discovered a man “throwing rocks towards his patrol car,” NBC reported. The officer asked him to stop, but Osman — whose family said he had a history of mental health problems — allegedly refused.

According to attorney Quacy Smith, a bystander’s camera captured a person claiming to have experience in crisis intervention offering to speak with Osman and defuse the situation. The officer shot him as he reportedly moved to grab another rock.

Smith, a former police officer, said Tuesday at a news conference that he believes authorities were in the vicinity responding to an unrelated incident when they encountered Osman. He made clear he couldn’t imagine a set of circumstances that could justify “this young Black man being shot down by police in the streets of our city for throwing rocks.” 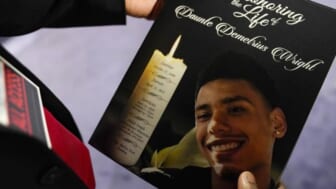 “Rocks. Rocks. Not boulders. Not bricks. Rocks,” Smith asserted, according to NBC. “These are rocks no bigger than my 4-year-old son throws over the backyard to the neighbor’s house.”

Osman’s family, who lauded him as a good man who was always eager to help others, is now pleading for information about what exactly resulted in the loss of their loved one. The incident is currently under investigation.

“The City of Phoenix Police Department is committed to our transparency policy,” a spokesperson said in a statement to NBC. “The department will release a Critical Incident Briefing Video within 14 days of the incident to the public that will provide facts of the case. In addition, all body-worn cameras will be released.” 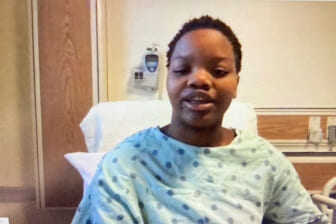 Phoenix Mayor Kate Gallego said the events of the shooting should be investigated as a top priority, and she informed the police chief as much.

“My heart goes out to Mr. Osman’s family,” Gallego said in a statement, NBC reported. “Our goal is always that people in our community, and our employees, return home to their families safely.”