Nigerian-Welsh author Natasha Bowen discusses her latest release, representation in the fantasy genre, and why Black girls should see themselves as mermaids, too. 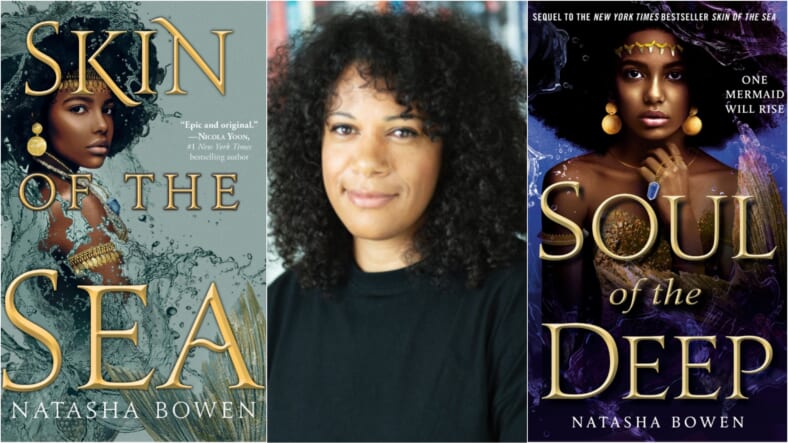 While many are still buzzing about the much-discussed diversification of Disney’s reboot of “The Little Mermaid,” the magical world under the sea has already experienced another melanin boost, thanks to fantasy author Natasha Bowen.

As a child, Bowen constantly was reading a book. The Nigerian-Welsh writer grew up without a television set, so books allowed her to be transported to another world. When she was around six years old, she read Hans Christian Andersen’s “The Little Mermaid” for the first time and fell in love with all of the wonders possible in the oceanic world. There was only one thing missing from the mermaid tales that she read: Black characters.

“As there were more books coming on the scene, there tended to be less about Black people as magical beings or creatures in fantasy, and I definitely wanted to see more of that,” she told theGrio. “I love that type of genre and those stories, [so] I’m like, ‘I’m gonna write … what I want to read.’”

On September 27, Bowen released her second young adult fantasy novel, “Soul of the Deep,” the highly anticipated sequel to her best-selling debut, “Skin of the Sea.” The story follows the series’ main character Simi as she navigates the mystical world under the sea, discovers the power and strength within herself, and undergoes a journey of finding self-love while battling to save the world. 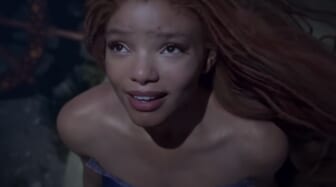 Bowen also chooses to heavily weave West African lore into her stories, which presented the author with the fun challenge of researching and learning as much about the origins of African mythology, spirituality and folktales as she could before embarking on writing her first novel. It was imperative for Bowen get the stories correct—and specifically, to show the duality in the personalities of various gods and goddesses. For example, in contrast to common western misconceptions, the deity Èṣù is not portrayed as a devil in her stories, directly combatting general characterizations of “the trickster god.”

“When you’re dealing with spiritual belief systems that people still believe in and hold dear to them, you have to make sure that you’re representing them correctly, and I didn’t want to offend in any way,” said Bowen.

When it comes to storytelling, the version told always depends on the person telling the story. The care with which Bowen approaches West African lore underscores the importance of Black people not only telling their own stories but also seeing themselves as main characters.

With Halle Bailey playing lead character Ariel in Disney’s live-action interpretation of Andersen’s classic and the increasing inclusion of Black characters in under-the-sea fantasy tales, there is much-needed conversation surrounding on- and off-screen representation that is further pushing forward the fight for diversification of the fantasy genre. As noted by Bowen, who is also a mother, this push is making it possible for young Black girls to recognize themselves in a space previously dominated by the Eurocentric lens.

“When you see someone that looks like you, you believe that you could be that or you could do that,” Bowen said. “It’s good to think you can be a doctor, but when you’re six, you might just want to be a mermaid.”

Bowen’s messages through her novels are multi-layered. She wants every reader to take away the value of self-love, a strong sense of who they are, where they came from, and a knowledge of their own courage and power. She also wants them to have fun.

“An important message that I wanted to impart in the book is that you might face adversity, but if you’re doing what you believe is best, then there’s a strength in that,” Bowen said. “With both books, and definitely with ‘Soul of the Deep,’ I wanted to make sure that we’re aware of the Black excellence in West Africa and have that sense of putting ourselves first and doing what’s right for us—as well as adding some other creatures and crazy stuff in that.”

Natasha Bowen’s “Soul of the Deep” and “Skin of the Sea” are available for fantasy lovers to enjoy now.