‘So many children dying’: Somalia drought brings famine near

In Somalia, a nation of poets, droughts are named for the kind of pain they bring. Their current one doesn't yet have a name.

DOLLOW, Somalia (AP) — A man in a donkey cart comes wheeling through the dust, carrying two small, silent boys. The sky is overcast. It could rain. It won’t. It hasn’t for a very long time.

Mohamed Ahmed Diriye is 60 years old, and he’s completing the grimmest journey of his life. He set off from a seaside city on the northern edge of Somalia two weeks ago. People were dying. Livestock were dying. He decided to abandon work as a day laborer and flee to the other end of the country, crossing a landscape of carcasses and Islamic extremist-held territory along the way.

Seven hundred miles later, he is exhausted. The food has run out. He clutches a battered stick in one hand, the nearly empty cart in the other. His boys are just 4 and 5.

They had tried to escape, Diriye says. “But we came across the same drought here.”

More than 1 million Somalis have fled and discovered that, too.

In Somalia, a nation of poets, droughts are named for the kind of pain they bring. There was Prolonged in the 1970s, Cattle Killer in the 1980s, Equal five years ago for its reach across the country. A decade ago, there was Famine, which killed a quarter-million people.

Somalis say the current drought is worse than any they can remember. It doesn’t yet have a name. Diriye, who believes no one can survive in some of the places he traveled, suggests one without hesitation: White Bone.

This drought has astonished resilient herders and farmers by lasting four failed rainy seasons, starting two years ago. The fifth season is underway and likely will fail too, along with the sixth early next year. 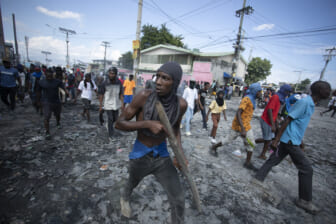 A rare famine declaration could be made as soon as this month, the first significant one anywhere in the world since Somalia’s famine a decade ago. Thousands of people have died, including nearly 900 children under 5 being treated for malnutrition, according to United Nations data. The U.N. says half a million such children are at risk of death, “a number, a pending nightmare, we have not seen this century.”

As the world is gripped by food insecurity, Somalia, a country of 15 million people shaking off its past as a failed state, can be considered the end of the line. The nation of proud pastoralists that has survived generations of drought now stumbles amid several global crises descending at once.

They include climate change, with some of the harshest effects of warming felt in Africa. Russia’s invasion of Ukraine, which stalled ships carrying enough grain to feed hundreds of millions of people. A drop in humanitarian donations, as the world shifted focus to the war in Ukraine. One of the world’s deadliest Islamic extremist groups, which limits the delivery of aid.

The Associated Press spoke with a dozen people in rapidly growing displacement camps during a visit to southern Somalia in late September. All say they’ve received little aid, or none. A day’s meal might be plain rice or just black tea. Many camp residents, overwhelmingly women and children, beg from neighbors, or go to sleep hungry.

Mothers walk for days or weeks through bare landscapes in search of help, at times finding that the withered, feverish child strapped to them has died along the way.

“We’d grieve, stop for a while, pray,” Adego Abdinur says. “We’d bury them beside the road.”

She holds her naked 1-year-old in front of her new home, a fragile hut of plastic sacks and fabric lashed together with cord and stripped branches. It’s one of hundreds scattered over the dry land. Behind a thorn barrier marking her hut from another, giggling children pour cherished water from a plastic jug into their hands, sipping and spitting in delight.

The home the 28-year-old Abdinur left was far superior — a farm of maize and dozens of livestock in the community where she was born and raised. The family was self-sufficient. Then the water dried up, and their four-legged wealth began to die.

“When we lost the last goat, we realized there was no way to survive,” Abdinur says. She and her six children walked 300 kilometers (186 miles) here, following rumors of assistance along with thousands of other people on the move.

“We have seen so many children dying because of hunger,” she says. 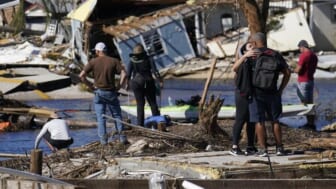 Also Read:
Biden to focus on hurricane victims in Florida, not politics

At the heart of this crisis, in areas where famine likely will be declared, is an Islamic extremist group linked to al-Qaida. An estimated 740,000 of the drought’s most desperate people live in areas under the control of the al-Shabab extremists. To survive, they must escape.

Al-Shabab’s grip on large parts of southern and central Somalia was a major contributor to deaths in the 2011 famine. Much aid wasn’t let into its areas, and many starving people weren’t let out. Somalia’s president, who has survived three al-Shabab attempts on his life, has described the group as “mafia shrouded with Islam.” But his government has urged it to have mercy now.

In a surprise comment on the drought in late September, al-Shabab called it a test from Allah, “a result of our sins and wrongdoings.” Spokesman Ali Mohamud Rage claimed that the extremists had offered food, water and free medical treatment to more than 47,000 drought-affected people since last year.

But in rare accounts of life inside al-Shabab-held areas, several people who fled told the AP they had seen no such aid. Instead, they said, the extremists continue their harsh taxation of families’ crops and livestock even as they withered and died. They spoke on condition of anonymity for fear of retaliation.

One woman says al-Shabab taxed up to 50% of her family’s meager harvest: “They don’t care whether people are left with anything.” 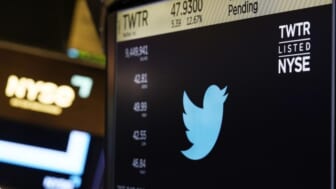 Also Read:
Musk says he wants Twitter again and will pay $44B price

Some flee their communities at night to escape the fighters’ attention, with men and even young boys often being forbidden to leave. One woman says no one from her community was allowed to leave, and people who received assistance from the outside would be attacked. Weeks ago, she says, al-Shabab killed a relative who had managed to take a sick parent to a government-held city and then returned.

Those who escaped al-Shabab now cling to a bare existence. As what should be the rainy season arrives, they wake in camps under a purple sky, or a gray one offering the tiniest specks of moisture.

Children send up kites, adults their prayers. Black smoke rises in the distance as some farmers clear land just in case.

In the only treatment center for the most severely malnourished in the immediate region, 1-year-old Hamdi Yusuf is another sign of hope.

She was little more than bones and skin when her mother found her unconscious, two months after arriving in the camps and living on scraps of food offered by neighbors. “The child was not even alive,” recalls Abdikadir Ali Abdi, acting nutrition officer with the aid group Trocaire, which runs the center of 16 beds and has more patients than they can hold. 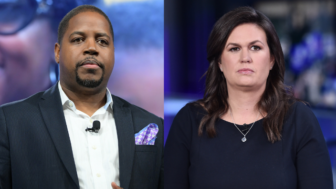 Now the girl is revived, slumped over her mother’s arm but blinking. Her tiny toes twitch. A wrist is bandaged to stop her from pulling out the port for a feeding tube.

The ready-to-use therapeutic food so crucial to the recovery of children like her could run out in the coming weeks, Abdi says. Humanitarian workers describe having to take limited resources from the hungry in Somalia to treat the starving, complicating efforts to get ahead of the drought.

The girl’s mother, 18-year-old Muslima Ibrahim, anxiously rubs her daughter’s tiny fingers. She has saved her only child, but survival will require the kind of support she still hasn’t seen.

“We received a food distribution yesterday,” Ibrahim says. “It was the first since we arrived.”

Food is hard to come by everywhere. At midday, dozens of hungry children from the camps try to slip into a local primary school where the World Food Program offers a rare lunch program for students. They are almost always turned away by school workers. 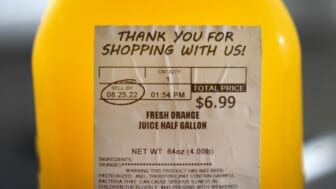 Also Read:
Confusion about ‘Best Before’ and ‘Use By’ labels leading to food waste and drawing scrutiny

Mothers recall having to eat their stockpiles of grain and selling their few remaining goats to afford the journey from the homes and lives they loved. Many had never left until now.

“I miss fresh camel milk. We love it,” says 29-year-old Nimco Abdi Adan, smiling at the memory. She hasn’t tasted it for two years.

Residents outside the camps feel the growing desperation. Shopkeeper Khadija Abdi Ibrahim, 60, now keeps her goats, sheep and cattle alive by buying precious grain, grinding it and using it as fodder. She says the price of cooking oil and other items has doubled since last year, making it more difficult for displaced people to obtain food with vouchers handed out by WFP.

Hundreds of families continue to emerge from the empty horizon across Somalia, bringing little but grief. The true toll of dead is unknown, but people at two of the country’s many displacement camps in the hardest hit city, Baidoa, say over 300 children have died in the last three months in rural areas, according to aid organization Islamic Relief. 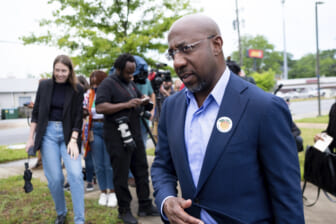 Also Read:
Abortion returns as an issue in Georgia Senate race after report that Herschel Walker paid to end a pregnancy

One day in mid-September, 29-year-old Fartum Issack and her husband carried a small body along a dusty track to a graveyard. Their 1-year-old daughter had arrived at camp sick and hungry. She was rushed for treatment, but it was too late.

The graveyard opened in April especially for the newly displaced people. It already had 13 graves, seven of them for children. There’s easily room for hundreds more.

Issack and her husband chose to bury their daughter in the middle of the empty ground.

“We wanted to easily recognize her,” Issack says.

At the camp, eight other hungry daughters are waiting.