FX series based on Octavia E. Butler novel, ‘Kindred,’ to premiere on Hulu

All eight episodes of the drama series will be premiere on Dec. 13.

“Kindred,” an FX drama series based on the novel by Octavia E. Butler, is scheduled to stream late this fall on Hulu.

The FX series stars Johnson in the leading role of Dana James, a young Black woman and aspiring writer. After uprooting her life and relocating to Los Angeles to start anew, things take a turn before she can get settled.

Dana finds herself in a violent back-and-forth through time. She emerges on a 19th-century plantation with ties to her family, linking an interracial romance from her past to her present. Time is moving fast as she comes face-to-face with dark secrets of the past that are connected to her bloodline. 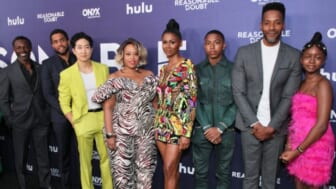 All eight episodes are scheduled to begin streaming Dec. 13 on Hulu. “Kindred” will also stream on Star+ in Latin America and Disney+ “under the Star banner in all other territories,” according to Deadline.